Sorry there was an error sending your form.
Giving to RU
Rhodes>Helen Joseph House>Who is Helen Joseph? 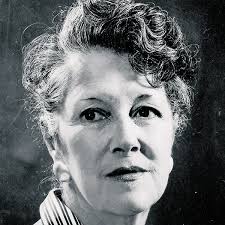 Born in Sussex, England in 1905, Helen Beatrice May Fennell graduated from King's College, University of London, in 1927. In 1931 Helen ventured to South Africa, where she met and married Billie Joseph.

During the Second World War Helen served as an Information and Welfare officer for the Women's Auxiliary Airforce. In 1951 she took a job with the Garment Worker's Union, led by Solly Sachs. During this time, and as a result of working closely with Sachs, Helen came to see and experience the "true face" of Apartheid, which angered her tremendously due to its blatant injustice. Not prepared to be a mere "voice", Helen was a founding member of the Congress of Democrats [the ANC's white ally]. In 1955 Helen was one of the people who read out clauses of the Freedom Charter at the Congress of the People in Kliptown. In 1956, Helen led a march of 20 000 women to Pretoria's Union Buildings in protest of the Pass Laws.

In 1956 Helen was arrested on a charge of High treason. In 1957 she was banned, and became the first person to be placed under house arrest. Not easily silenced, Helen continued to use every opportunity during these bleak years to continue to bear witness for the cause she felt called to fight for. Helen regained her freedom in her 80th year when her final ban was lifted (1985).

Over the years, Helen displayed her loyalty to her compatriots by taking into her care the children of many others in exile...Nelsom and Winnie Mandela's Zinzi and Zenani; Bram and Molly Fischer's daughter, Ilsa; and Eli and Violet Wienberg's daughter Sheila.

A phrase taken from the Freedom Charter aptly describes Helen's lifelong dedication to the struggle:

"These Freedoms we will fight for,
side by side, throughout our lives,
until we have won our liberty"