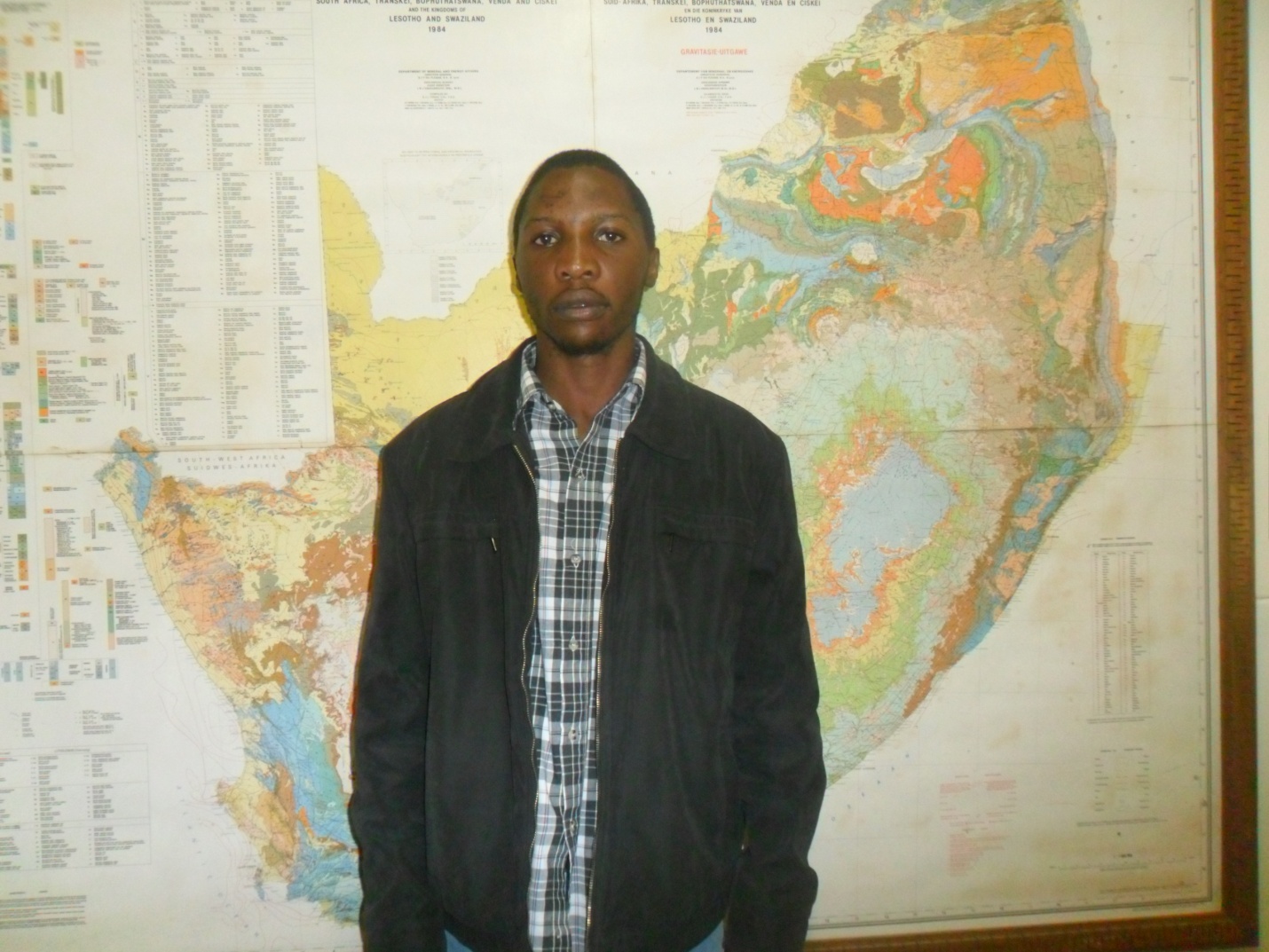 Esau is a Zimbabwean national and completed his undergraduate studies at the University of Zimbabwe in 2007. Upon completion of his university degree, he was employed briefly in Angola on exploration projects for gold and manganese ore. He thereafter moved to Namibia where he worked for a uranium exploration company as a junior exploration geologist until the end of 2009. In 2010, he returned to Zimbabwe to work for various gold mines as both exploration and mine geologist until 2013. In 2014 he moved away from gold to work for a diamond mining company in the Marange Diamond fields of Zimbabwe until the end of 2014. He enrolled at Rhodes University as a full-time candidate in the MSc program in Exploration Geology in 2014, and obtained his MSc degree (by coursework and thesis) in 2017. Since 2019, he has been a PhD candidate of PRIMOR on a project dealing with battery-grade Mn oxide occurrences and their economic potential in southern Africa (South Africa, Botswana, Zimbabwe).

An evaluation of the origin and economic potential of diverse battery-grade manganese deposits and occurrences of southern Africa.