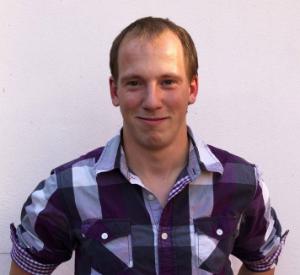 Paul was born and raised in the small village of Weerselo in the Netherlands. He completed his BSc in Earth Sciences at Utrecht University in 2010. After a year of traveling through South America, he continued with an MSc degree at the same university. He graduated in August 2013, after handing in his thesis on water-rock interaction in hyperacid and saline volcanic lake systems of Latin America. He followed this with a lab-internship in Utrecht on creating mineral standards for micro-analysis. His took up his PhD studies at Rhodes University in February 2014. His research project focuses on applications of iron-isotope and trace-element geochemistry of different mineralogical fractions of banded iron formations (BIF), with a view to elucidating some outstanding questions concerning the origin of BIF in the Palaeoproterozoic, and its significance with respect to the “Great Oxidation Event”, widely known by the acronym GOE. In his spare time, he enjoys spending time with his girlfriend, playing football, watching movies and travelling.

Species-specific trace element and stable isotope geochemistry across the BIF stratigraphy of the Transvaal Supergroup in Griqualand West, South Africa, and implications for the history of atmospheric oxygen