Sorry there was an error sending your form.
Giving to RU
Rhodes>Desmond Tutu>Desmond Tutu Hall>Biography of Desmond Tutu 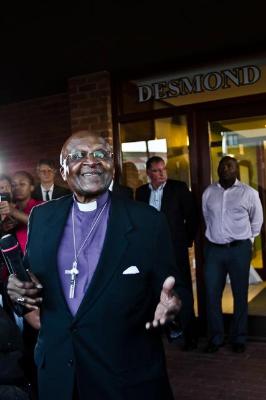 Tutu has been active in the defence of human rights and uses his high profile to campaign for the oppressed. He has campaigned to fight AIDS, tuberculosis, homophobia, transphobia, poverty and racism. Tutu received the Nobel Peace Prize in 1984, the Albert Schweitzer Prize for Humanitarianism in 1986, the Pacem in Terris Award in 1987, the Sydney Peace Prize (1999) the Gandhi Peace Prize in 2005,[1] and the Presidential Medal of Freedom in 2009. Tutu has also compiled several books of his speeches and sayings.