Sorry there was an error sending your form.
Giving to RU
Rhodes>Drama>People>Academic Part Time>Ms Janet Buckland 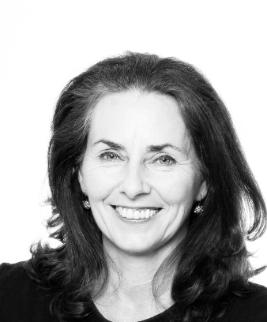 While free-lancing as an actress and dancers in Johannesburg Janet took a lead role in City People a 13 part television series for Elmo Dewit Films directed by Gray Hofmeyer and played in the full length feature, A Tenth Of A Second directed by Daryl Roodt.  In 1982 Janet played “Bianca” opposite Richard E. Grant in Othello and in 1983 played “Pegeen” in the Brickhill-Burke’s production of Mame

After moving back to Grahamstown in 1993, she became Director of Arts Education Projects at the Grahamstown Foundation until 2001. She was responsible for the setting up and running of ten High School Festivals of the Arts across six provinces every year. The North West, Western Cape, Mpumalanga Schools’ Festivals and an additional Gauteng Festival were all originally piloted by her Department.

In 1993 Janet also initiated the “Grahamstown Township Dance Project”, now known as the “Amaphiko Dance project” which currently involves over 150 local Township youngsters in a dance programme which is designed to develop their skills in dance as well as to promote a sense of self-worth and to build self-esteem. The project recently won a Platinum Impumelelo Award.

Janet’s directing accomplishments have received national and international acclaim. She has won three Vita Awards for 'Best Production' and for 'Best Direction', as well as three Scotsman Fringe First Awards at the Edinburgh Fringe Festival. In 2001 she was the recipient of the Eastern Cape Premier Award for Directing and a Gold Standard Bank Ovation Award at the National Arts Festival.

1993 – 2002         Director: Arts Education at the Grahamstown Foundation running the South African Schools Festival, the Eisteddfod and the Olympiad;