Out of this moon

Out of this moon comprises five shorter works that celebrate the company’s 10year anniversary. Over 20 performers, designers and musicians collaborated to re-create some the works that have been pivotal in the formation and development of the company since 1993. This production includes: Travellers V, On the light side of the moon, Surround her with water: an epiphany, Money and Shattered Windows. This production showcases why the First Physical Theatre Company is a force to be reckoned with in South African Performance. This production is also available in VHS and DVD. 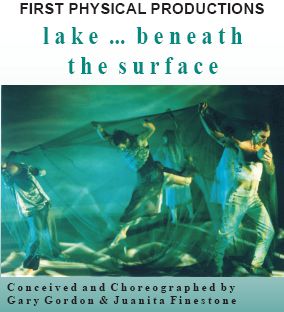 At the cutting edge of innovation in South African theatre, the First Physical theatre Co. has created a deeply moving response to Anton Chekhov’s The Seagull (1896) and Reza De Wet’s On the Lake (2001). Lake…beneath the surface submerges the viewer in the watery depths of the artist’s creativity amongst ambiguities of aging, desire, ambition and relationships. This production is also available in VHS and DVD. 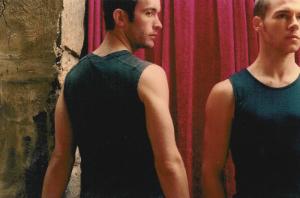 This package is a collection of information on the company’s 2005 season, “Red Crushed Velvet”. The package includes the performance text of Gordon’s Tread, an interview with Jeannette Ginslov and a critical appreciation of Ginslov’s Part One: Fear and Laughter. A DVD recording is also included.