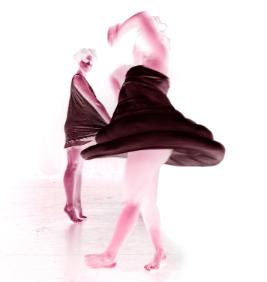 Theatre in Motion showcases exam pieces from young and talented performers in the Rhodes Drama Department. Physical Theatre, Contemporary Performance and Choreography all create superior theatre pieces from their extensive study over the year. The work is original and inspiring, intelligent, disturbing and delightful.

R15 and R10 for students | tickets are per programme [per night]

Limited seating for all shows

Available at Theatre Cafe from 18th October and from Box Office

Mother Milk, choreographed by Lucy Kruger, is an exploration of the complexities and difficulties of the mother/daughter relationship. Four girls try to find their feet after being thrown into this world without choice. Their mother, impossibly human, surely only wants the best for her children – they are after all versions of her are they not?

A ladder and a lone milk bottle create a whirlwind of a world in which boundaries begin to blur and individuality becomes unclear....

The work is a meeting between complex choreography and intricate acting and vocal work - A collision of worlds in more than one way - A beautiful disaster.

A performative-installation piece, iris/iris plays with the idea of performance art, audience-performer intimacy, the space as art, the history of the body and the body as a site of imposed meanings. As such, PJ Waugh creates an almost anti-dance dance piece. He plays with the perception of the audience, manipulating the performers’ bodies and the space, to shock and entice the viewer.

Defined as the transmigration of the soul, Metempsychosis is a journey in three parts:

Nicole Theunissen takes inspiration from the spiritual passage of the soul through various stages of life. Her choreographic style is hauntingly fluid, creating a graceful and elegant aesthetic.

The Rusty Spoons Collective is an ongoing collaboration between eight artists working in the disciplines of dance, music and design. Games 1-6 is a series of task-based music/dance games which use improvisatory methods, not only as a means to generate artistic material, but as a performance mode in itself. The collective aims to promote audience engagement and agency through active audience participation. The piece is guaranteed to delight and stimulate the audience as they interact with the dancers and the music.

“Water is the one substance from which the earth can conceal nothing; it sucks out its innermost secrets and brings them to our very lips.”

Hydrocephalus is a theatrical intervention that offers audiences the opportunity to engage with social and environmental concerns surrounding conservation and wastage of the earth’s most precious resource; water.

Drawing inspiration from Samuel Beckett’s Waiting for Godot, The catastrophe that didn’t happen suggests a landscape of inversion, silence and emptiness (evoked by Sonja Smit’s set design). In this landscape two characters meditate on the nature of catastrophe, lost in the eerie stillness.

Once again Juanita Finestone-Praeg and Alan Parker, in collaboration with the Honours Physical Theatre students, have created a piece to inspire and charm.

Honours Contemporary Performance | What does this have to do with water?

Honours contemporary performance is aimed at encouraging independent and innovative thinking with regards to the performer as theatre maker.

The Honours class have put together an exciting theatre experience, melding acting, dance and play in a feast of theatre.

A Scent of Flowers

A Scent of Flowers reveals the journey of a woman who has lost touch with her own life. It is a surreal investigation into the idea of memory and the connection to the past, with a symbolic church as its backdrop.

Written by South African playwright Reza de Wet, Breathing In is a magical and unearthly story about the relationship between a mother and a daughter, a soldier’s love affair, and the endless fight for survival in the midst of the Anglo-Boer war.

Written by Caryl Churchill, from the play by August Strindberg

Loraine Beaton presents a multi-media production exploring individuals who deal with a fallen state of humankind. The audience will experience a realm where the world of the subconscious is excavated.

An original dark comedy, Autopsy follows the story of a cannibalistic doctor and his last few days at the morgue. It investigates the exploitation of power and its bloody consequences.

A selection of shows from the National Arts Festival 2011 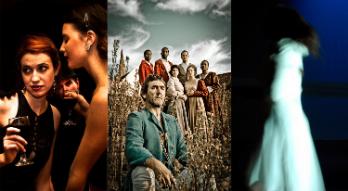 Taste is a psychosexual comic thriller, taking inspiration from Steven Berkoff, Peter Greenaway and Roald Dahl. The devised play takes the audience deep into the concepts of sex, death and fine dining. Taste explores what happens when a secluded weekend away for a group of friends takes a dark turn. Inhibitions are lost, secrets are exposed and desires are revealed. Expect Twists at every turn.

What happens when worlds meet?  What conflicts, compromises and discoveries emerge in this encounter? What happens when the map leads us in circles? When the compass directs us to the sky or to places under the ground?

In the 18th and 19th centuries, the coastline of the Eastern Cape saw a great number of frail vessels shipwrecked and many of their crew and passengers cast ashore. The encounters between these castaways and the indigenous people of the Eastern Cape have spawned unforgettable stories, myths and ‘histories’ and extraordinary feats of survival.

A Selection of physical theatre pieces from upcoming and established choreographers

Since 1993 the First Physical Theatre Company has been dedicated to the promotion of young choreographers and performers through the annual New Voices platform at the National Arts Festival. The pieces are consistently thought-provoking, witty and unusual! Under the artistic directorship of Juanita Finestone-Praeg and featuring works by aspiring theatre-makers and the First Physical Youth Company, New Voices is absolutely not to be missed!

Tickets to all first performances | R20

Subvert. Subclass. Subconscious. Subdivide. Subcellular. An experimental site work, sub- is a physical theatre installation performance in a multiplicity of parts. In a tense space within an evocative landscape, the audience is invited to co-exist with crooked and disjointed bodies as they perform the concept of power and failure (and its patterning) within a questionable South Africa.

Antigone is a revisiting of a classic Greek text that deals with themes of politics and rebellion. This version of the play has been moved out of the traditional theatre space and is being performed in the landscape on the outskirts of Grahamstown.

Taste is a psychosexual comic thriller, taking inspiration from Steven Berkoff, Peter Greenaway and Roald Dahl. The devised play takes the audience deep into the concepts of sex, death and fine dining. Taste explores what happens when a secluded weekend away for a group of friends takes a dark turn. Inhibitions are lost, secrets are exposed and desires are revealed. Expect Twists at every turn.
Debbie would like to thank Andrew Buckland, Heike Gehring and Lindiwe Matshikiza for their invaluable help and mentorship. 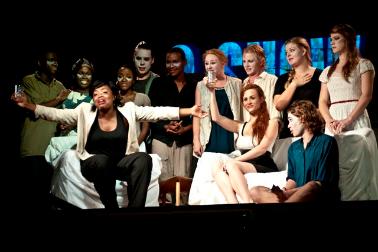 Schmooze is an original piece by Ford Evanson. It examines the process and practice of celebrity, the schisms in the world. Ford’s aim for the piece is to lay bare the process of theatre-making. He is using a mixture of physical movement, acting and new media to create a process of communication. All rehearsals were open to the public and every part of the process was documented in the blog [schmooze blog]