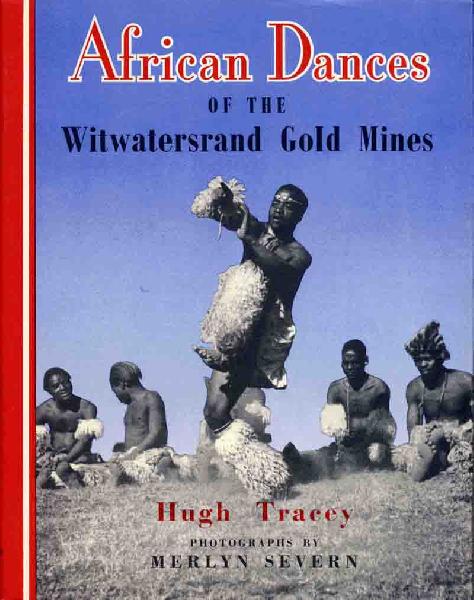 'African Dances of the Witwatersrand Gold Mines', by Hugh Tracey, photographs by Merlyn Severn, African Music Society 1952. The 'mine dances' held between the early years of the 20th century and the 1970s in the compounds of most of the Johannesburg gold mines were tremendously popular both as recreation for the workers and as entertainment for large numbers of visitors from South Africa and overseas. In the space of two hours the varied dance styles of twelve ethnic groups representative of all the major dance styles of southern Africa could be experienced. This book, produced in the heyday of the 'mine dances', is a 156pp photo album of these dance styles, with accompanying descriptions, glossary of vernacular dance terms, and list of 78rpm recordings (now superseded by CDs in ILAM's 'Music of Africa' series).

The Lion on the Path 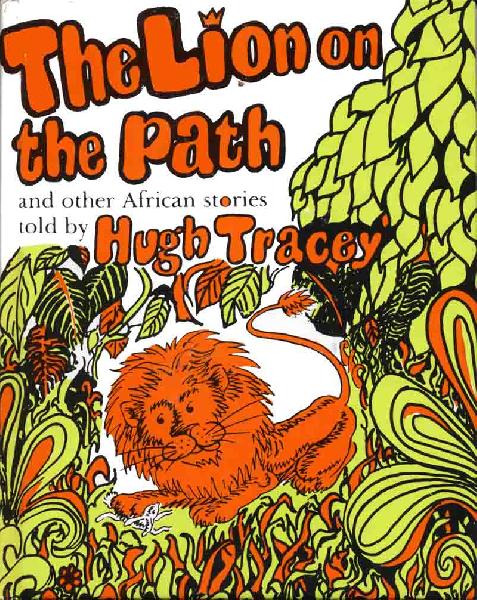 'The Lion on the Path and other African stories', told by Hugh Tracey, with illustrations by Eric Byrd and music transcribed by Andrew Tracey, A. & P. Tracey 1986 (1974),(Routledge & Kegan Paul UK/Praeger USA 1967), 127pp. Twenty five stories, the majority from Zimbabwe, others from South Africa, exactly as Hugh Tracey learned them from original story-tellers and retold them throughout his life. Four editions have appeared, acclaimed by many worldwide as still the best collection of translated African stories in existence, owing to their lively faithfulness to the original story-teller's style, the simple and direct English style, and the presence in seventeen of the stories of accurate and singable transcriptions of the songs, without which no collection of African stories can really be said to be complete. These stories have been told to children and dramatised hundreds of times in schools in Africa and around the world since they first appeared. 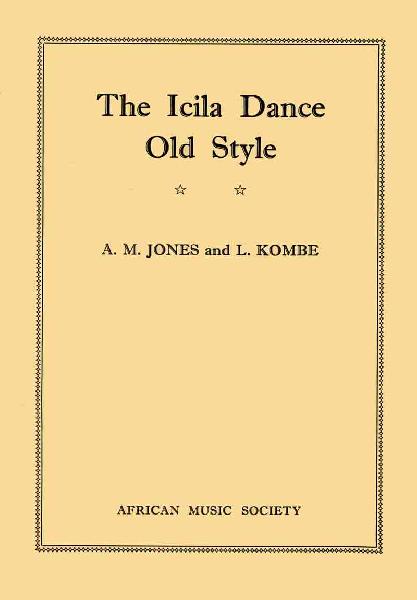 'The Icila Dance Old Style, A study in African Music and Dance of the Lala Tribe of Northern Rhodesia', by A.M.Jones and L.Kombe, Longmans Green & Co. for the African Music Society 1952, 49pp. Anyone who knows A.M.Jones' later 'Studies in African Music', based largely on his co-operation with a Ghanaian master drummer, will recognize his master touch here. Jones was the first researcher to understand, analyse and accurately write down African instrumental and vocal music in such a way that it could actually be reproduced or taught. This book was in fact the very first of the several later 'tutors' in African instrumental playing which have appeared in the sixty years since Jones' work in Zambia, where he was a missionary. Jones was the first to describe on paper many of the fundamental principles of African rhythmic technique, as well as in his unforgettable lectures, where he would discuss the principles he had discovered that he called cross-rhythm, staggered main beat, 'big drum' variation, the off-hand technique and much else, all presented in his inspiringly enthusiastic and detailed way. 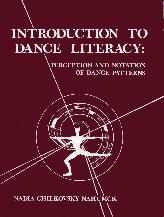 'Introduction to Dance Literacy, Perception and Notation of Dance Patterns', by Nadia Chilkovsky Nahumck, ILAM 1978, 94pp, fold-out, numerous diagrams. This book is a practical introduction to Labanotation , the technique invented by Rudolf Laban of perceiving, notating and analysing dance movement. It is particularly aimed not at the choreographer, but at dancers themselves and at the specialist in ethnology, musicology, anthropology, folklore, or education etc whose interests regularly touch on dance but whose training may not have included the perception and analysis of dance. The reader will come away from this book with a practical, usable knowledge of this universal method of dance notation. 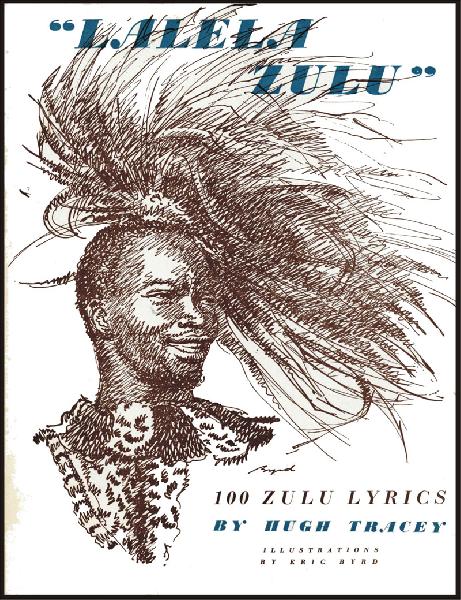 'Lalela Zulu, 100 Zulu Lyrics', by Hugh Tracey, with illustrations by Eric Byrd, African Music Society 1948. The lyrics of one hundred Zulu songs from Hugh Tracey's collection. As he wrote himself: "The songs of Africa composed only for the delectation of the village, the district or, at most, the tribe, are a kind of aural portraiture. They reveal African thought and character more clearly than any other means … for discovering what they think and feel, what they consider important in their social and political life, their humour, desires, regrets and despair. They are expressed in words never meant for the ears of outsiders." The songs, presented in both Zulu and English, are accompanied by full explanatory notes and references to the 78rpm recordings (now superseded by CDs in ILAM's 'Music of Africa' series) on which they can be heard.