The governance CoP together with Livelihoods and Sediment and Restoration CoPs conducted workshops in the Tsitsa River catchment in June. The areas that participated in the workshops were Qulungashe in Lower Sinqaku and Batlokoa.  The participants who attended the workshop included citizen technicians, citizen monitors, LIMA coordinators, EPWP and CWP workers, Gamtoos Irrigation Board, vetiver nursery growers, and interested citizens together headmen.

Three days were spent in each village conducting workshops. The structure of the workshops was that the first day participants were given words to work on in groups. They developed a cloud of words around the first word that they were given (figure 1). The groups were in such a way that people who had attended out first workshop formed a group and were given a different word from the groups made up by people who did not attend the first workshop. From there, an exercise based on what the Tsitsa Project was undertaken in similar groups, and in both exercises, participants their presented group’s work to the everyone. The second day of the workshops used the words from the first day in the context of land degradation with the participants and the 3rd day was around planning and prioritizing degradation in their area for restoration. 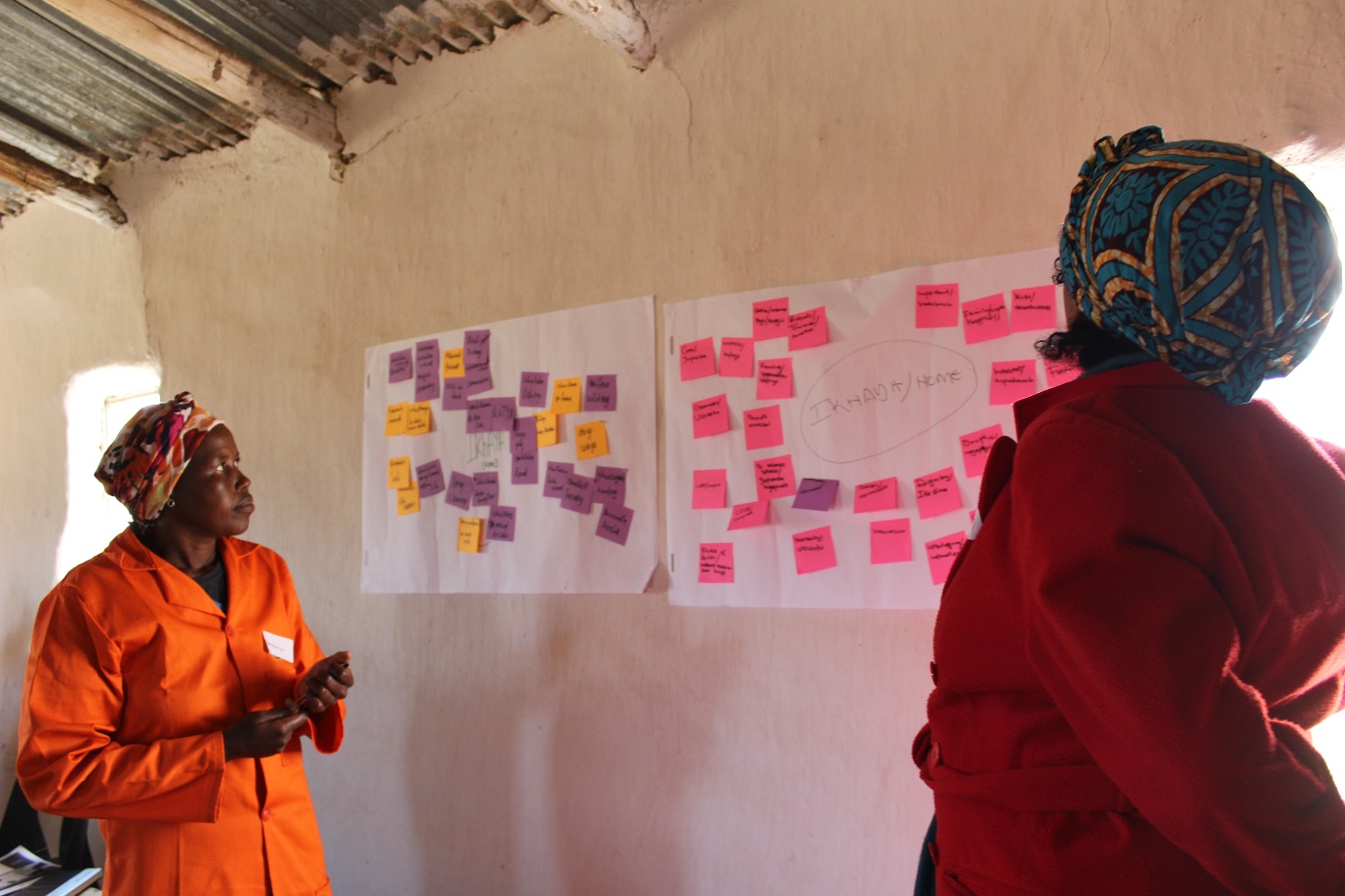