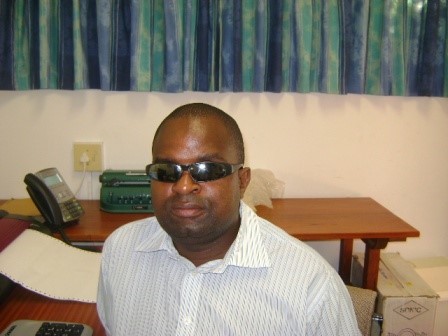 AN INVESTIGATION INTO THE SURVIVAL STRATEGIES OF THE

RURAL ELDERLY IN ZIMBABWE: A CASE STUDY OF HOBODO WARD IN MANGWE DISTRICT IN ZIMBABWE

The thesis focuses on the survival mechanisms of the rural poor elderly in Zimbabwe. The situation of the rural elderly is looked at in the context of the ravaging HIV/AIDS pandemic. The focus is specifically directed on the increasing numbers of orphans who are generated following the rampant deaths of their parents (sexually active individuals). With Africa failing to effectively withstand the forcefulness of the pandemic, the community structures

in Zimbabwe are being heavily shaken to the detriment of all social groups. It is within this continuum that the research is laid out to investigate the situation on the ground. In this

case, a fieldwork exercise was carried out in the Hobodo ward of Mangwe district in Zimbabwe. An intensive and in-depth examination of the critical situation was pursued under the case study model. To make the study more focused, the elderly were placed under investigation with regards to their new role of providing familial care for the orphans. The manner in which they face such a towering task under strained resources and limited knowhow was explored. The well-being of the orphans was also investigated in close relation to the welfare efforts of the elderly guardians. The investigations were made in respect of the contribution of the local resources towards the innovativeness of the elderly guardians. The adaptivity of the elderly and the versatility of the orphans were examined within the confines of the social and the economic capitals of the Hobodo ward. It is within the natural, social and economic capital dimensions of the Hobodo rural locality that the applicability of the sustainable livelihoods framework in explaining the dire social situation of the elderly and the orphans was brought under spotlight. The study was pursued through the qualitative research paradigm. This was done to capture the social perceptions, beliefs and the innovative capabilities of the elderly in their natural environment; and under the fieldwork setting. Several data collection techniques were employed to unveil the subject under study. These included interviews, questionnaires, participant observations, focus group discussions. Sampling was used to produce the research framework. Participants in the research were

largely identified through random sampling. In special circumstances, purposive sampling was used. Tape recording and note taking were largely used to capture the responses of the research participants.