Professor Brian Raftopoulos is a leading Zimbabwean scholar and activist. Formally a Professor of Development Studies at the University of Zimbabwe from 1990-2006, he moved to Cape Town at the end of March 2006 and since 2007 has been the Director of Research and Advocacy in the Solidarity Peace Trust, an NGO dealing with human rights issues in Zimbabwe. He has published widely on Zimbabwean history, labour history, historiography, and politics. Raftopoulos was also Mellon Senior Research Mentor at the Centre for Humanities Research at the University of the Western Cape from 2009-2013. He is a founder member of the National Constitutional Assembly in 1998, and the first Chair of a broad civic coalition called the Crisis in Zimbabwe Coalition from 2001-2003. 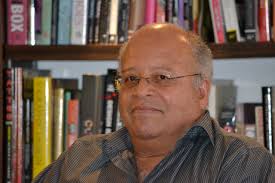