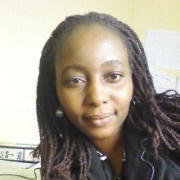 Rural farmers in Zimbabwe have been grappling with various changes and challenges occurring in the country since the early 1990s. Amongst these, climate variability has emerged as one significant aspect. It has introduced new challenges for these farmers who are already facing various difficulties in maintaining their insecure livelihoods. Yet, current adaptation theories and inquiries have failed to sufficiently account for and analyse the capacity of these farmers to adequately respond to changing climatic conditions. In this respect, a number of studies have been heavily embedded in deterministic concepts that regard rural farmers as passive victims who play only a minor part in decisions and actions that affect their own livelihoods and well-being. Similarly, although some studies have acknowledged farmers’ capacity to adapt and build elements of resilience, they have not adequately shown how farmers interpret changes in climate and the structures, processes and conditions underpinning adaptation. Following that, my study uses a case study of a rural community in a semi-arid region of Mutoko district in eastern Zimbabwe and Margaret Archer’s sociological theory to understand and analyse how farmers problematise climate variability and respond to it. The study utilises a qualitative approach to divulge the subtleties on how rural people interpret processes of change and adapt to such changes.

The thesis found that farmers are encountering increasingly unpredictable and unreliable rainfall patterns as well as shifting temperature conditions which are inducing labyrinthian livelihoods conundrums. However, these climatic shifts are not being experienced in a discrete manner hence farmers are also discontented with the obtaining socio-economic circumstances in the country. Simultaneously, whilst farmers in large part conceived changes in rainfall and temperature to be caused by natural shifts in climate, they also ascribed them to cultural and religious facets. Importantly, the thesis reveals considerable resourcefulness by farmers in the face of nascent changes in climate variability. Farmers have therefore constructed versatile coping and adaptive strategies. What is crucial to mention here is that climatic and non-climatic challenges are negotiated concurrently. Therein, farmers are adapting to climate variability and at the same time navigating difficult socio-economic landscapes. All the same, the process of adaptation is ostensibly not straightforward but complex. As it evolves, farmers find themselves facing numerous constraining structures and processes. Nonetheless, farmers in this study are able to circumvent the constraints presented to them and at the same time activate the corresponding enabling structures, processes and conditions.