Professor Kirk Helliker is the Director of the Unit of Zimbabwean Studies and is a full-time lecturer in the Department of Sociology. He also is the current Head of the Department. His full profile can be seen under “people” on the main Sociology Department webpage. Under this particular profile, only his Zimbabwean work is highlighted. 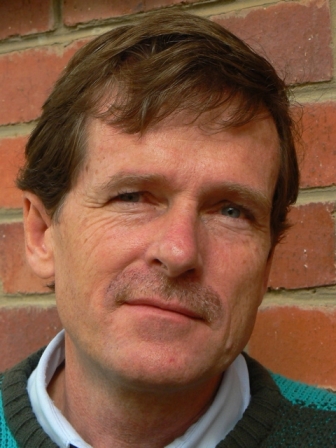 Helliker, Kirk (2014), “Imagining civil society in Zimbabwe and ‘most of the world’” in Ebenezer Obadare (ed.), The Handbook of Civil Society in Africa, New York: Springer.

Loveness Makonese (2013)
Coping with HIV and AIDS in marginal communities: a case study of Chivanhu settlement in Nemanwa, Masvingo, Zimbabwe

Paidashe Chamuka (2014)
Understanding the Sexual Practices of Medically Circumcised Males in the Context of HIV and AIDS: A Study in Harare Zimbabwe

Tafara Marazi
Survival strategies of the elderly in Zimbabwe: a case study of Bulilima District

Gift Mwonzora
The quest for ‘good governance’ and democracy by political party institutions in Africa: a case of the Movement for Democratic Change in Zimbabwe

The impact of climate change on rural agriculture and sustainable development: the case of Masvingo Province in Zimbabwe

The role of NGOs in an indigenized state economy: the case of Chegutu-Mhondoro-Ngezi-Zvimba Community Ownership Trusts, Zimbabwe

State-led metropolitan governance and Rights Based Social Accountability: A case for citizen participation in Bulawayo, Zimbabwe

Wadzanai Takawira
Sex in the simmering heat: sex work as a livelihood strategy in the border town of Chirundu, Zimbabwe

Landscapes, Land and Belonging among white commercial farmers and A1 farmers in fast track in Zimbabwe

The role of farm group associations on A1 small-scale farms: the case of Zviyambe Farm, Hwedza, Zimbabwe