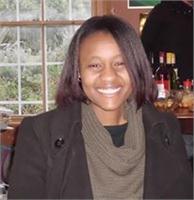 Land reforms are back on the development agenda. Different types of land reforms have been adopted globally in recent years, but by far the most controversial and most radical has been the fast track land reform pursued by the Government of Zimbabwe from 2000. There is general scholarly agreement that the fast track process has been accompanied by various socio-economic and political challenges, including an increase in levels of food insecurity. This thesis examines fast track reform in specific relation to the livelihoods of smallholder households and household food security amongst land beneficiaries. It argues that the problem of food insecurity in Zimbabwe is a complex social, political and economic issue, which cannot be simplistically reduced to the failures of fast track.

Understanding household food insecurity post-2000 needs to go beyond the notion that the nation’s food security hinges on overall levels of production alone. In particular, livelihoods and food security need to be conceptualised at community and household levels. Therefore, while addressing the broad macro-level analysis and discourse around the process of fast track, the study also adopts a micro-level analysis to look at the varied impact of fast track on the actual beneficiaries. The research focuses on small-scale beneficiaries in the Goromonzi District of Zimbabwe and, through the use of the sustainable livelihoods framework, looks at how their local contexts have been influenced by the wider socio-economic and political processes, and how beneficiaries have sought ways of coping with the challenges they face.