Professor Kirk Helliker is the Director of the Unit of Zimbabwean Studies. His full profile can be seen under “people” on the main Sociology Department webpage. Under this particular profile, only his Zimbabwean work is highlighted.

He is currently involved in research on the land occupations in Zimbabwe from the year 2000 onwards, as well as co-writing a book manuscript involving a comparative analysis of the first, second and third Chimurengas. 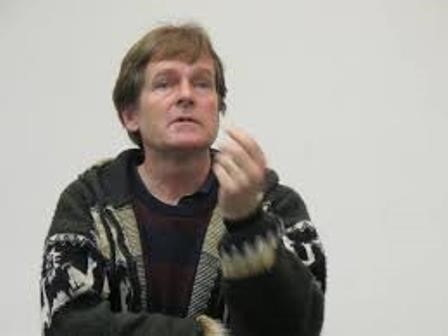 Articles and Chapters (since 2007)

Takawira, Wadzanai and Kirk Helliker (2018), “Sex Work as a Livelihood Strategy in the Border Town of Beitbridge”, in Helliker, Kirk, Chiweshe, Manase and Sandra Bhatasara (eds.). The Political Economy of Livelihoods in Zimbabwe. Routledge: London.

Alexander, Tarryn and Kirk Helliker (2016), “A feminist perspective on autonomism and communing, with reference to Zimbabwe”. Journal of Contemporary African Studies. 34(3).

Bhatasara, Sandra and Kirk Helliker (published on-line) (2016), “The party-state in the land occupations of Zimbabwe: the case of Shamva District”. Journal of Asian and African Studies.

Chiweshe, Manase, Kirk Helliker and Loveness Chakona (2015), “Patriarchy, Women, Land and Livelihoods on A1 Farms in Zimbabwe”, Journal of Asian and African Studies, 50(6).

Helliker, Kirk (2014), “Imagining civil society in Zimbabwe and ‘most of the world’” in Ebenezer Obadare (ed.), The Handbook of Civil Society in Africa, New York: Springer.

A sociological understanding of urban governance and social accountability:  the case of Bulawayo, Zimbabwe

PhD Gift Mwonzora (2017)
The quest for ‘good governance’ and democracy by political party institutions in Africa: a case of the Movement for Democratic Change in Zimbabwe

Landscapes, Land and Belonging among Tonga People in the Zambesi Valley, Zimbabwe

An investigation into the survival strategies of the rural elderly in Zimbabwe: A case study of the Hobodo ward in Mangwe district

A critical analysis of community participation at the primary level of the health system in Goromonzi District, Zimbabwe

Sex work as a livelihood strategy in the border town of Beitbridge, Zimbabwe

MA Paidashe Chamuka (2014)
HIV and condom use among circumcised males in Harare, Zimbabwe

Water scarcity and adaptation strategies in contemporary Zimbabwean:  The case of Yorks resettlement area in Mberengwa District and Mabvuku in Harare

The Failure of Credentialism:  Re-imagining Economic Empowerment in Zimbabwe

Interface between the Faculty Based Youth centres as state institutions and the youth: A Case Study of Zimbabwe National Family Planning Youth Centres

Comparative analysis of gender and patriarchy in resettlement and communal areas in Zvimba, Zimbabwe

Identity, Belonging and Poverty in Zimbabwe: A study of the emerging problem statelessness with specific reference to Matabeleland (1980 - 2015)

The role played by NGOs in addressing HIV/AIDS in the context of gendered inequality:  The case of the Raphael Centre in Makhanda, Easterm Cape, South Africa.

Understanding  the livelihoods of Zimbabwean informal traders in South Africa:  The case of Grahamstown (Makhanda)

A gender based analysis of the Amalima Programme in empowering married women within households in rural Gwanda, Zimbabwe