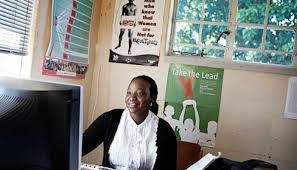 A critical analysis of community participation at the primary level of the health system in Goromonzi District, Zimbabwe

The adoption of the primary health care approach by Zimbabwe in 1980 signalled the government’s intention to consolidate the gains of the liberation struggle by providing equitable health for all citizens regardless of race and class. This approach frames community participation as central to the design and implementation of responsive health systems. Having earned international recognition for its pro-poor policies in the social sectors after independence in 1980, the Zimbabwean government over the last three decades has overseen a progressive decline in the provision of health services and near collapse of the health sector.

Participation of communities, whether in the form of organised groups or as unorganised members of the public, is argued to be an important pillar in the effective performance of a health system. There has been extensive research conducted on Zimbabwe’s implementation of primary health care in light of health status, accessibility and health services uptake. A few studies have been undertaken to demonstrate that the participation of communities in the health system is an important factor in improving the effectiveness of the health system in Zimbabwe.