Sorry there was an error sending your form.
Giving to RU
Rhodes>Teaching and Learning>ESU>Staff

The staff brings to the department a wide variety of experiences, backgrounds, educational qualifications and personalities.

Karen is passionate about teaching and enjoys working with learners from different backgrounds. Her research interests were initially in the field of science but nowadays relate broadly to student learning. She is currently registered for her Ph.D. in which she is examining whether the SES programme in general and the ISCM course in particular, offer students access to appropriate and powerful knowledge on which they can build their disciplinary majors in the mainstream.

Karen moved from Durban to Grahamstown with her family (husband and two teenage boys) six years ago. She loves the environment of the Eastern Cape and is interested in exploring ways of living more sustainably.

Judith has an MA from Rhodes in Linguistics and English language. After graduating she worked in Poland for 6 years teaching English as a foreign language and attempting to learn Polish. During the years that she worked in Poland she also taught in the summers in England. From 1998 to 2001 she worked at summer schools for teenagers and then spent three years teaching on a course at Birmingham University for international students coming to the UK to do Masters degrees in business subjects.

Before joining Rhodes University Ivy worked in the banking industry for about 10 years specializing in Investments and Foreign exchange transactions. She currently teaches Accounting 1F and Accounting 1G in the Commerce Extended Studies Programme.

Ivy is presently completing her PGDHE and is hopeful to start on her Masters in Education in due course. She also currently administers the tutoring program for the Extended Studies and is also responsible for the tutors' training and feedback programs held at the beginning of the year and mid-year respectively. Outside of office hours she enjoys dabbling in the kitchen and has the reputation for being the best chocolate cake baker on campus.

Corinne Knowles has been part of the Extended Studies Unit since 2009, and teaches the Sociology and Political & International Studies Extended Studies courses. She also co-ordinates the TAI mentoring programme for ES humanities. Corinne is passionate about teaching, and taught English, Literature and Guidance for 13 years at Secondary Schools in the Eastern Cape before joining the NGO sector. She has worked with and initiated projects to address poverty, HIV, job creation and community building. She started work at Rhodes in 2002 as a fundraiser for university projects. She also helped to develop and run the ACE Life Orientation course for in-service teachers from 2004-2006 in the Rhodes Education Department, has run workshops on a variety of subjects, and read widely on issues in Higher Education. She graduated with an MA in Politics, using Judith Butler to explore gender transformation at Rhodes, in 2011. Her current research interests are to do with teaching and learning, and institutional culture. Corinne is a social justice activist, a poet, a feminist, and an incurable optimist.

Denise joined Rhodes University in 2006 as a clerical intern at the Sol Plaatje Institute for Media Leadership. She joined CHERTL/Extended Studies Unit in 2009 as a data capturer and secretary, where she works as a data capturer at CHERTL in the mornings and as a secretary at ESU in the afternoons.

At CHERTL Denise is responsible for capturing student responses onto the Evaluation Assistant for lecturers from the various departments when teaching and/or courses are evaluated. She oversees the scanning of test and exam-related multiple-choice response sheets.

In addition, Denise is responsible for all administrative duties and financial services for ESU/TAI, and she assists with student queries.

He is currently studying towards a Master in Education ICT and holds an NHD in Computer Studies, Kushinga Phikelele Polytechnic College (KPPC), Zimbabwe. He has been teaching Computer Studies in the tertiary education environment for the past ten years. Amon currently holds the position of Teaching Assistant within the Rhodes Extended Studies Unit, where he teaches Computer Skills for Commerce and supervises the Mentoring programme. His research interests are in ICT Curriculum Development and Student Support. 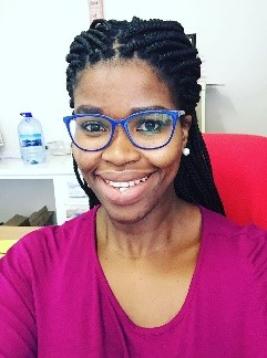 Sisonke first joined the Extended Studies Unit as a student in 2009. In 2005 she returned as a lecturer and language practitioner at the Unit, she teaches Management 1F and Economics 1F (augmented courses for Management 101 & 102 and Economics 101). The courses focus on academic discources, writing, and language skills for university. She is currently doing her Ph.D. at the School of Languages. Her research focuses on the use of languages other than English at university, to facilitate epistemic access. She is a member of the African Languages Association of Southern Africa (ALASA) has presented many papers within the association's conferences. Her research includes language and pedagogy; implementation of multilingualism in South African higher education and the development of languages other than English. 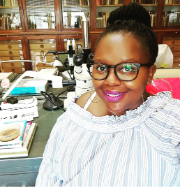 Miss Matiwane is currently the Science Language and Literacies Lecturer at CHERTL in the Extended Studies Unit. She is a Palaeobotanist by profession and currently finishing off my Ph.D. in Botany at Rhodes University. Her research interests are in teaching and learning in science, science communication, paleobotany, evolution, forest biodiversity, and ecology. Aviwe is also the TAI Science Facilitator and once served as a student mentor in the same programme. She hails from Lower Ngqwara in the Eastern Cape and is a mother to 15 dogs and a goat.