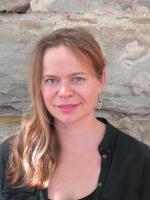 Research:
My current research project is an international post-doc, financed by the Swedish Research Council. The aim of this project is to describe and analyse morpho-syntactic microvariation in the dialect cluster of Xhosa, a Bantu language of South Africa.

My research interests center around descriptive linguistics, especially phonology and morphosyntax, African languages in general and more specifically Bantu languages as well as Cushitic languages. I take a strong interest in language typology, comparative studies, dialectal variation and language contact. I’m a field linguist and like to take the social and historical context in consideration when analysing a language.My PhD thesis is a grammatical description of Ndengeleko, focusing around the phonology, as well as morphology of the verb and noun phrase.  Ndengeleko is a Bantu language classified as P11 in the traditional categorization of Bantu languages into zones and numbers. It is spoken in the coast region of Tanzania to the south of the capital Dar es Salaam, mainly in the Rufiji district but partly also in the Mkuranga district. My thesis is the first linguistic study of Ndengeleko, and includes a survey of the sociolinguistic situation of the region including a discussion of the endangerment of the language. This study shows that the language is rapidly being replaced by the dominant language of the region, Swahili. Numerous texts have been collected during fieldwork, which I intend to publish at a later stage. ‘Texts’ is here used to mean recorded monologues and dialogues on different topics, like for example a speaker describing how to build a traditional house, or how fishing is done in their culture. All of this spoken in Ndengeleko. It also includes songs, myths and other kinds of oral tradition.My MA thesis was an analysis of number formation in Burunge, a Southern Cushitic language spoken outside Kondoa, Tanzania.