Sorry there was an error sending your form.
Giving to RU
Rhodes>Psychology>About>Social Change

Psychology and the Social Change Award

The psychology and social change project was initiated in 2008 to recognise prominent members of the Psychology community in South Africa for their contribution to social change in the country. In particular, the project aims to acknowledge people who have gone beyond the traditional bounds of the discipline and contributed, through intellectual, professional and personal labour, to progressive social change in South Africa; and to expose students to these kinds of role models within psychology.

Past recipients of the award are:

Pictures and details of the recipients can be seen in the main staircase of the psychology building.

Professor Catriona Macleod, Professor of Psychology and SARChI Chair of Critical Studies in Sexualities & Reproduction will tonight receive the 10th Social Change Award, which recognises prominent psychologists for their contribution to social change in the country.

Macleod will also present a lecture titled; “The spectacular failure and extraordinary success of Psychology in South Africa: the decolonial imperative”. The paper is a reflection on the simultaneous successes and failures of Psychology, a popular subject at universities.

Professor Macleod argues that the profession has had multiple failures. “It continues to be dominated by white women. Secondly, most psychologists work in private practice or for private institutions, with white and urban populations disproportionately benefitting from services,” she explained.

“South African Psychology has failed, as a discipline, to radically transform from a colonialist endeavor.  Traditional topics of assessment, stress and psychopathology continue to dominate research, with social issues, such as housing, land reform, socio-economic inequities largely ignored. Knowledge is produced predominantly about adult, urban-based, middle-class participants,” she says.

Her vision is for the profession of Psychology to serve its social purpose for all, moving towards a Critical Citizenship Psychology that promote ethics of justice together with ethics of care. “Most importantly, action should be taken to radically strengthen the decolonial imperative.”

Macleod is also editor-in-chief of the international journal Feminism & Psychology and her major scholastic contributions have been in two main areas: sexual and reproductive health and feminist theory in Psychology.

The Psychology and Social Change Award, initiated in 2008, acknowledges people who have gone beyond the traditional bounds of the discipline. These academics have contributed through intellectual, professional and personal labour and progressive social change in South Africa. 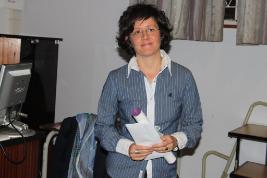 The Psychology Social Change Award is awarded to the most prominent contributors in the field of Psychology in South Africa.

The Social Change Award is in recognition of their contribution, by men and women, in this community to social change. This award further recognises men and women who have used “psychological understandings to take us a step closer to achieving a society that is inclusive, fair and just”. The award also seeks to offer role models to students and illustrating many ways in which they can contribute into the discipline of psychology in South Africa.

This year marked the ninth event of this sort, which is organised by the Psychology Department. The 2016 recipient of the Social Change Award is Professor Melanie Judge.  Professor Judge is the Adjunct Associate Professor at the Centre for Law & Society at the University of Cape Town. She has done work in policy and law reform, advocacy, training and research in areas of HIV, Gender, and sexuality. She has also made her mark in the efforts of attaining marriage equality in South Africa. Professor Judge is in the process of writing a book, which is approaching completion, the book, is about the Politics of Homophobia- related violence.

Deputy Vice-Chancellor, Academic & Student Affairs, Dr Chrissie Boughey presented the award to Professor Melanie Judge and said that the 2016 Social Change Award is awarded to Professor Judge for the manner in which she was able to proficiently bring together her activism and academic contribution in South Africa.