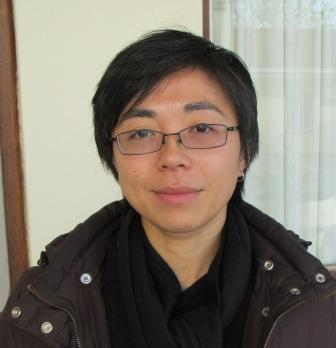 Dr Huynh, who is a Mellon Post-Doctoral Fellow in the Department of Sociology at Rhodes, is co-convener of the Chinese in Africa-Africans in China International Research Working Group which is presently housed in the department. Her paper, which formed a chapter of her PhD dissertation, was entitled “Indentured Chinese Labour in South Africa's Black-White Binary, 1903-1910”.

In considering how the end the Anglo-Boer or South African War of 1899 in 1902 was a significant transformative moment in South Africa's history as it brought about politico-economic reforms that facilitated the incorporation of the Transvaal Colony into the British Empire and the capitalist world-economy, Dr Huynh unpacked how these reforms were supported and reinforced by “an extant black-white binomial racial structure”.

In her paper she writes: “During the reconstruction period, until 1910, the presence of indentured Chinese labourers and the controversies around them contributed to the sharpening of the European colonists' self-consciousness as 'white' and idea of making South Africa a 'white man's country.'

It may even be suggested that their arrival to the Witwatersrand gold fields in the Transvaal and subsequent resistance to capitalist coercion on the mining compounds played a crucial role in the crystallisation of a white labour aristocracy.” Dr Huynh spoke about how the focus on Chinese related issues “opened up space for the nurturing of a shared sense of white identity”. Such examples include the arming of white farmers to reinforce their authority and protect their farms.

Accompanying the employment of the Chinese was a notion that white organised labour would be undermined by the cheap counterparts, which lead to various forms of defensive behaviour. One of these included a “cloak of morality” which members of white organised labour and trade unions wrapped themselves in, in an attempt to retain their status.

Although there were various complex racial dynamics involved, the Chinese labourers' resistance to various forms of exploitation they faced “not only challenged stereotypes of them as docile and disorganised, but also contributed to the hypervisibility of the notion of race structure organised by white domination of black people and high wages and long-term job security for white, namely British, workingmen.”

In her paper, Dr Huynh argues that “the  contesting ideas around them not only serve to illuminate South  Africa's part in the expansion of empire and global making of wage  labour and race, but also what was distinctive about the place of Chinese in South African historiography.  In this paper, I aim to provide a deeper understanding of these labourers and the nature of their indentureship to better situate them in the historiography.”

For Dr Huynh, a major question now facing South Africans is what sort of new history should compliment the new South Africa? “This paper enabled me to momentarily step outside the black and white binary and come back to it later; I now see that it exists as the end product of something that has taken a long time to develop”, she said.

Story and picture by Sarah-Jane Bradfield