Established in 2000, this club is co-ordinated and run by Mrs Joyce Sewry, with help from the staff and volunteer students of the Chemistry Department at Rhodes University. The aim of the Club is to engender a love of Maths and Science amongst its members. The Club meetings are held every Saturday morning from 09h00-11h00 at the Albany Museum, and lessons and workshops are presented by scientists and Chemistry students in an accessible and easy to understand manner.

The learners are divided into three groups, grades 7-8, 9-10, and grades 11-12. The younger group is taught curriculum-based Maths and does “fun Science”, ranging from a talk on a robotic dog to hands-on electricity workshops. The older groups concentrate mainly on syllabus-related maths and science. 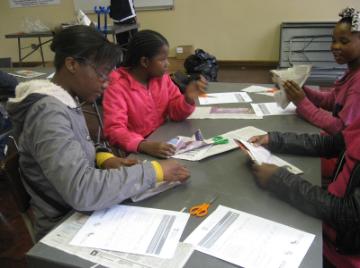 At least one outing a year is arranged for the learners. These have previously been to the Thomas Baines Reserve (the children walked through the reserve to a stream where they caught various insects and tadpoles and were shown how these were adapted to live in or near the water) and other private games reserves near Grahamstown and Kenton-on-Sea. 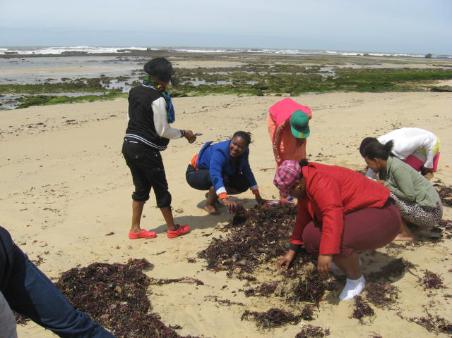 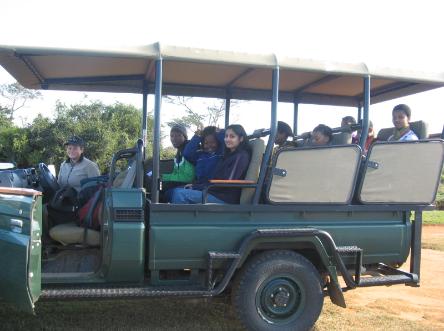 At the end of each year a prize-giving is held at which learners who have attended regularly, receive a book prize; others receive certificates. 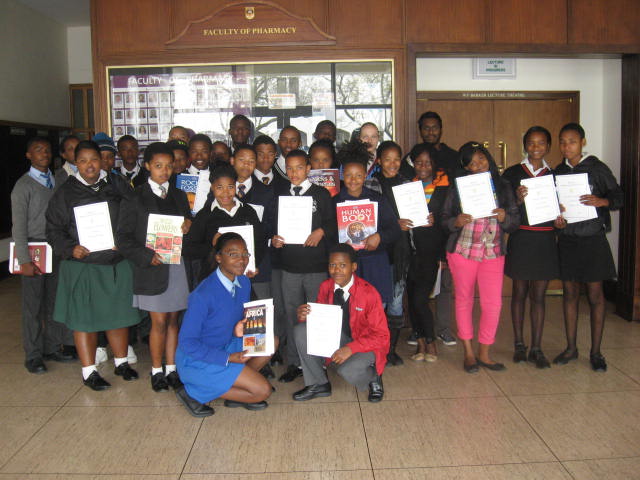 Worth mentioning, is that one of the former Khanya Maths and Science Club members, from a historically disadvantaged Grahamstown school, has qualified with a Masters in the Mathematics of Finance at the University of Cape Town – surely a role model to other learners from Grahamstown East schools!? 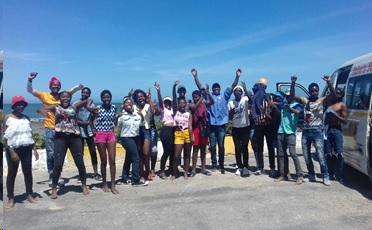 On Saturday 2 November, the Khanya Maths and Science Club arranged an outing to Kenton-on-Sea for its members. Dr Amber Childs and Bontle, a Master’s student, both from the Department of Ichthyology and Fisheries Science accompanied us on the trip. They taught us about how fish and other sea creatures are adapted to living in their environments. Unfortunately the outing coincided with the Springbok game in the Rugby World Cup final. However, all was not lost, at times we tuned in to the radio. Above is a photo of the Khanya Club members when they heard the final whistle blow.