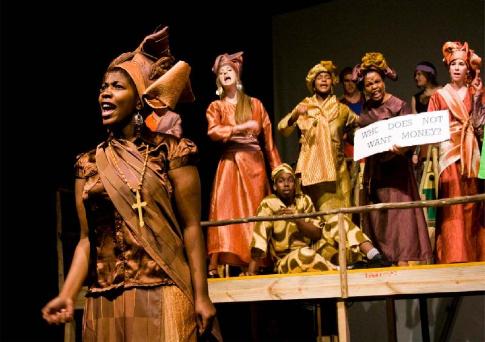 a powerful scene from Morountodun

Kirsten Lee: It was amazing! well done to everyone

Trevor Kana: I just watched it, I'm not a big theatre fan but I know good show when i see one. Loved it

Louella - Victoria Girls High School: The kids were blown away by the show! They found it totally entertaining (and accesible) and were able to put some of their theory in context. They also loved how it dealt with the empowerment of women. Please pass our congratulations on to the cast and director.

The performance of Morountodun on Saturday 24th April will be a benefit performance for The Friends of Fort England Association. All ticket sales for this night will go to the association to help with their many projects. 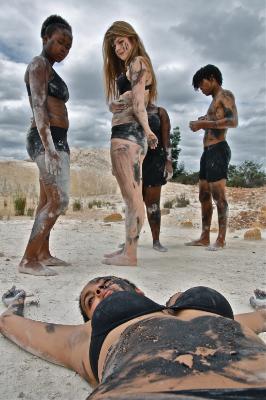 Devised by Robert Haxton and the Cast

Robert and his cast worked together to create this darkly interesting piece of theatre.

Rubber also appears in Issue 4 of Jiggered Magazine | on sale at the National Arts Festival and after. 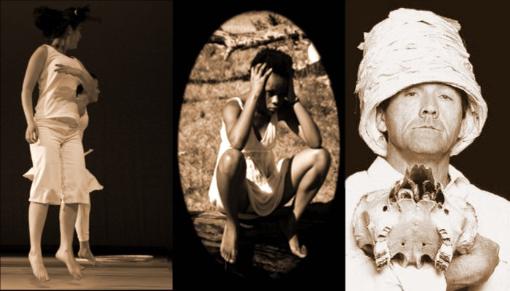 A selection of shows from the National Arts Festival 2010 plus a special performance of Mistero Buffo, performed by Andrew Buckland

Theatre in Motion showcases exam pieces from young and talented performers in the Rhodes Drama Department. Physical Theatre, Contemporary Performance, Dance Performance and Choreography all create superior theatre pieces from their extensive study over the year. The work is original and inspiring, intelligent and delightful.