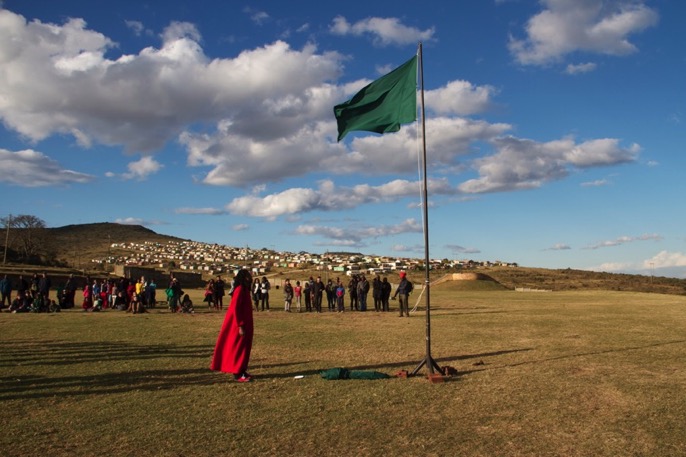 Barongwa featured the procession of the Grahamstown Field Band led by Sikhumbuzo Makandula from Fingo Village Square to the vicinity of the old Egazini Memorial, which commemorates those who died in the 1819 battle between the amaXhosa and the British Settlers. The site of the battle is known as Egazini, which means the place of blood.

Fingo Village is also an important site in Grahamstown. “The title of the land was given to the amaFengu people in return for their services and bravery in fighting the British during the battles with the amaXhosa between 1846-1853. The amaFengu, who at this point were refugees, were given title to 320 plots in 1858. They quickly established a community and built churches, schools and houses. They were well respected and liked by the rest of the community…” (Fingo Revolutionaries Sisonke Movement www.fingovillage.blogspot.com). 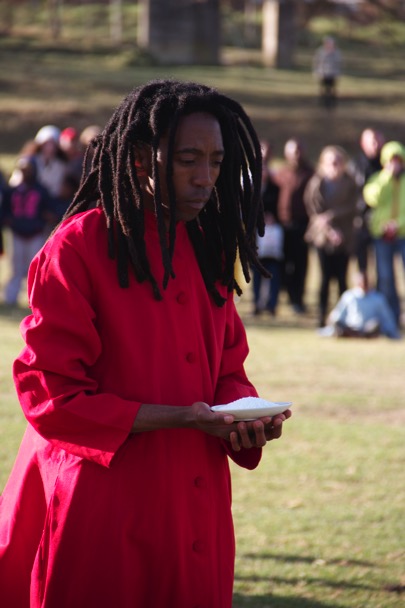 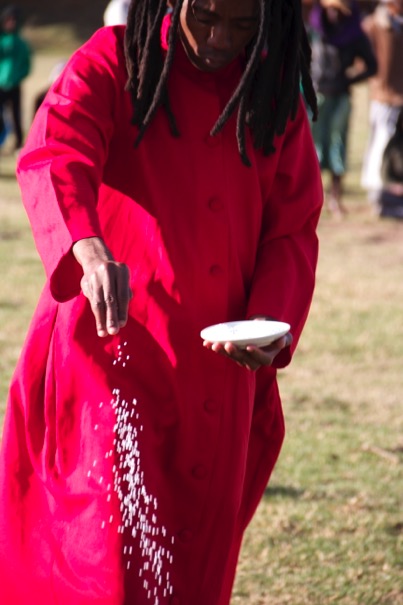 Photo: Ruth Simbao (please do not use without copyright permission)