Sorry there was an error sending your form.
Giving to RU
Rhodes>Ruth Simbao>People>Associated>Kemang wa Lehulere 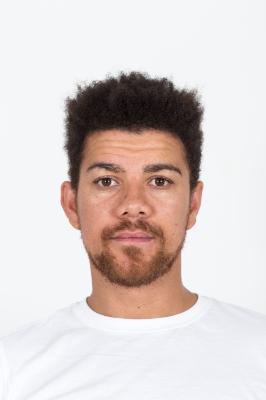 In October 2014 Kemang wa Lehulere presented a paper on his art practice at the ViPAA and Rhodes Fine Art symposium Blind Spots and Ways of Not Seeing. Kemang was born in 1984 in Cape Town and has a BA Fine Arts degree from the University of the Witwatersrand (2011). Solo exhibitions have taken place at Lombard-Freid Projects, New York (2013); Stevenson, Johannesburg (2012); the Goethe-Institut, Johannesburg (2011) and the Association of Visual Arts in Cape Town (2009). Group shows include Public Intimacy: Art and Social Life in South Africa at the Yerba Buena Center for the Arts, San Francisco (2014); The Ungovernables, the second triennial exhibition of the New Museum in New York (2012); A Terrible Beauty is Born, the 11th Biennale de Lyon at the Museum of Contemporary Art, Lyon, France (2011) and When Your Lips Are My Ears, Our Bodies Become Radios at the Kunsthalle Bern and Zentrum Paul Klee in Bern, Switzerland (2010).

Wa Lehulere was a co-founder of the Gugulective (2006), an artist-led collective based in Cape Town, and is a founding member of the Center for Historical Reenactments in Johannesburg. He was the winner of the inaugural Spier Contemporary Award in 2007, the MTN New Contemporaries Award in 2010, and the Tollman Award for the Visual Arts in 2012, and was one of two young artists awarded the 15th Baloise Art Prize at Art Basel in 2013. He was also the recipient of an Ampersand Foundation residency in New York in 2012. He is the 2015 winner of the Standard Bank Young Artist Award in visual art.