MAKING WAY performance –THE OTHER SIDE WITH THE MATEBESE FAMILY (2012) 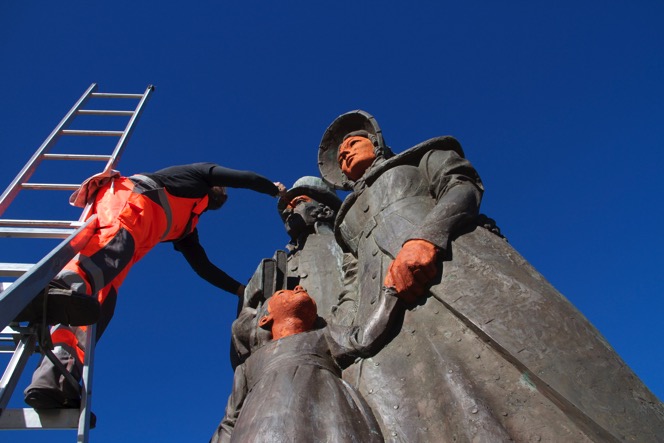 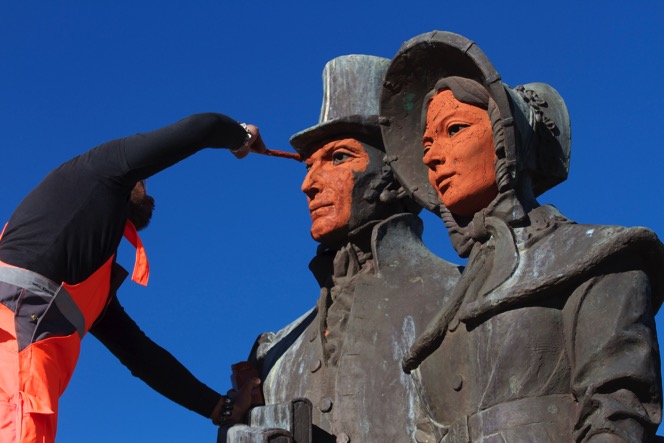 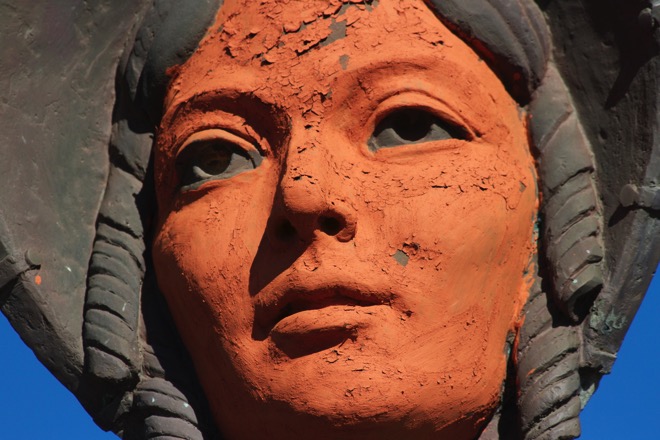 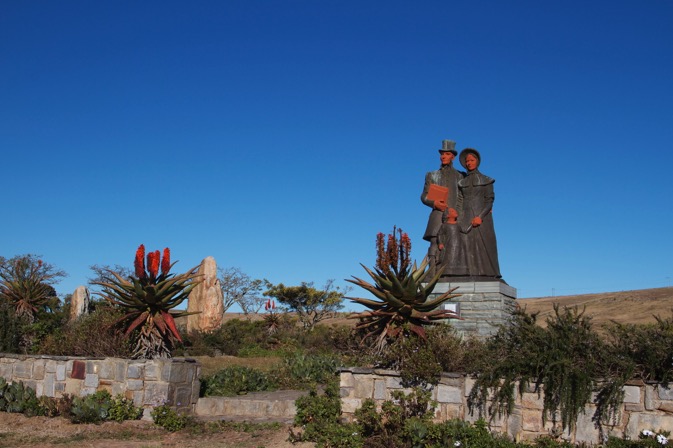 “In this work, Jahangeer painted the hands and faces of the figures in the Settler Family, a statue of a British Settler mother, father and child produced by artist Ivan Mitford-Barberton in 1969. Donning a top hat, the father clutches an enormous bible, and the trio is elevated on a large stone pedestal, making the figures visible to drivers along the N2 highway that passes Grahamstown.

Painting the faces of the Settler Family, Jahangeer says he attempts to ‘Africanise’ the Settlers in a restorative gesture. Using clay from the earth, he symbolically brings them closer to the ground, questioning the role of the pedestal in its attempt to exalt the British Settlers. While a few local residents complained about the ‘defacing’ of the Settler Family, Jahangeer argues that his gesture was ‘a way of welcoming history into the present in a more ritualistically peaceful manner rather than in an angry way of saying we have to take down those historic iconic monuments’. ‘This ritual is to welcome the Settler family home’, he says”. (Excerpt from ‘Walking The Other Side: Doung Anwar Jahangeer’ by Ruth Simbao in Third Text 27:3).