Sorry there was an error sending your form.
Giving to RU
Rhodes>Ruth Simbao>People>Associated>Alexandra Dodd 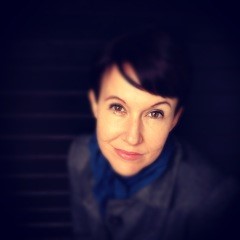 Alexandra Dodd presented the paper, “Undoing Complicity: ‘We haven’t seen it yet’” at the Rhodes University Fine Art Department and ViPAA symposium Blind Spots and Ways of Not Seeing in October 2014. Dodd is an independent writer, editor and researcher. Energised by the interface between visual and literary culture, she has worked on a vast range of public realm projects, from newspapers and magazines to novels, reportage projects, mixed-media installations, website content and monograph essays. She holds an Honours degree in Journalism and Media Studies from Rhodes University and a Master of Arts (Creative Writing) from Concordia University, Montreal, Canada, and is about to complete her PhD in Literature at the University of Cape Town, where she is a research fellow in Archive & Public Culture. She has worked as arts editor of the Mail & Guardian and books & features Editor of ThisDay. She has also edited numerous novels, and contributed texts to several books, including David Goldblatt: Photographs (Contrasto, 2006), Sam Nhlengethwa (Goodman Gallery Editions, 2006), The Fire Walker (Fourthwall, 2011) and Hotel Yeoville (Fourthwall, 2013), as well as to catalogues on the work of Marco Cianfanelli, Frances Goodman, Ruan Hoffmann, Gabrielle Goliath, Joanne Bloch, and others.