Sorry there was an error sending your form.
Giving to RU
Rhodes>Ruth Simbao>People>Associated>Jay Pather 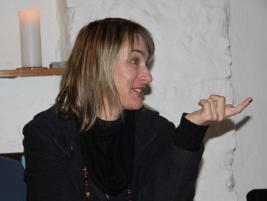 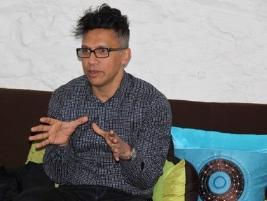 In 2011 Jay Pather (right) talked with Anton Krueger and Heike Gehring (left) about contemporary performance at the ViPAA Arts Lounge during the National Arts Festival. Pather is the Chair of the National Arts Festival, Director of the Gordon Institute of the Performing and Creative Arts (GIPCA) and an Associate Professor in Drama at the University of Cape Town. He received his Masters in Dance Theatre from New York University and is the recipient of several regional FNB Awards for Best Choreographer. He has been the curator for the Infecting the City Public Art Festival since 2012.