Sorry there was an error sending your form.
Giving to RU
Rhodes>Ruth Simbao>People>Associated>James Webb 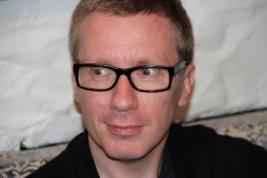 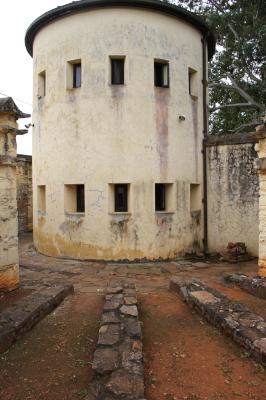 In 2012 artist James Webb visited the Visual and Performing Arts of Africa research team when he travelled to Grahamstown to conceptualise the new sound installation for the Making Way exhibition. As part of the ongoing series, There’s No Place Called Home, Webb placed the sound of a Taiwan Yuhina bird in a tree just outside the Provost Prison in Grahamstown (right), which was inspired by the architectural design of the panopticon. The Taiwan Yuhini bird tends to join other species in mixed flocks and its call sounds a bit like “twi-MI-chu”, resembling the phrase “we MEET you”. In this ongoing series, Webb plays sound recordings of birds endemic to one region on speakers hidden in the trees of a foreign region, alluding to processes of human migration and complexities of indigeneity. (Photos: Ruth Simbao).