Sorry there was an error sending your form.
Giving to RU
Rhodes>Ruth Simbao>People>Associated>Mandie van der Spuy 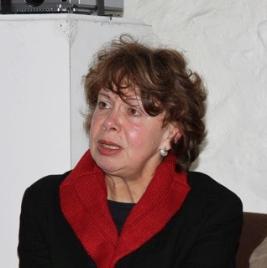 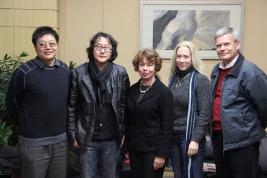 Mandie van der Spuy is the former Arts Sponsorship Manager at the Standard Bank and received the Chevalier Award for the National Order of Merit by the French government in 2007 in recognition of her significant work in arts and culture. She travelled to Huangzhou, Shanghai and Beijing with Professors Ma Yue (left), Ruth Simbao (second from right) and Marius Vermaak (far right) where they met with internationally renowned artist Xu Bing (second from left). In 2011 van der Spuy participated in a panel on art and business at the Arts Lounge run by the Visual and Performing Arts of Africa research team at the National Arts Festival.