Mythology of the Maluti Bushmen 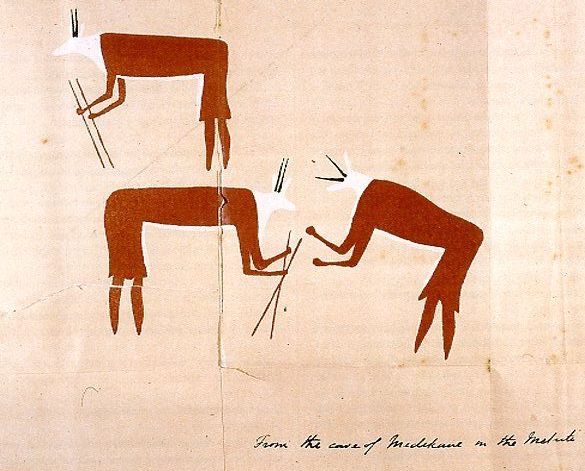 In 1873, J.M. Orpen obtained the services of a San guide named Qing. As they travelled through the Maluti mountains, Orpen copied rock paintings and Qing explained what they meant.

This unique record has been basic to the reinterpretations of rock art first put forward by Patricia Vinnicombe in People of the Eland (1976) and David Lewis-Williams, Believing and Seeing (1981)