There are good reasons to try and reduce our dependence on 'dirty energy'.  It is also important to consider the impact of coal-fired power on communities living near coal plants. Environmental groups such as Earthlife Africa asserted that the coal-fired Medupi power station "violated World Bank policies and posed threats of air pollution and high sulphur dioxide levels to communities living nearby". 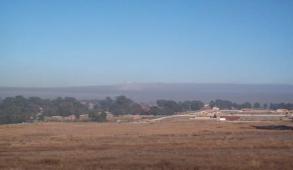 Air pollution over town near a coal plant

Grahamstown enviro-entrepreneur, Dr Garth Cambray, notes that a coal-fired power station "... would have consumed about 5 million tons of coal over the 40 year life of the plant, worth about R2.4 billion over that time. Based on heavy metal contents of typical high grade SA coal, that would mean that over that time... 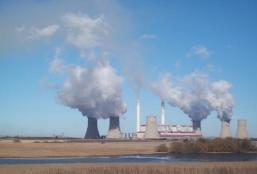 Power (and pollution) to the people

.... would be released into the atmosphere and end up on slag heaps where they would leach into water."

By contrast, use of local sustainable energy options can have benefits such as: