Sorry there was an error sending your form.
Giving to RU
Rhodes>Law>People>Academic Staff>Professor Graham Glover

Graham Glover teaches courses in Contract, Sale & Lease, Agency, Insurance and Credit Agreements, and he also teaches part of Legal Skills. He received his PhD degree in 2004 for a thesis entitled The Doctrine of Duress in the Law of Contract and Unjustified Enrichment in South Africa. Prof Glover’s research interests are mainly in the field of contract law: he has published almost 30 journal articles and book chapters in this area of law. He is the co-author of the LAWSA sections on “Sale” and “Lease”. In late 2014 he published the fourth edition of Kerr’s The Law of Sale and Lease and, and he is now contracted to produce the next edition of Kerr’s The Law of Agency. In 2006 he compiled and edited the book, Essays in Honour of AJ Kerr, a festschrift honouring Professor Kerr’s outstanding contribution to legal academia in South Africa. He was until 2019 the author of the chapter on Divorce to the Family Law Service. He is the Managing Editor of the South African Law Journal. 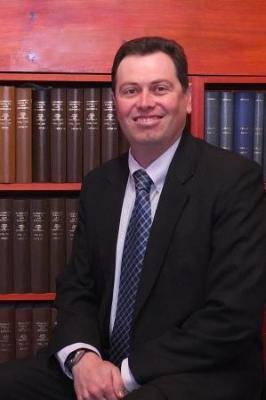 “The end of the road for the Roman rule of risk in sale?” 2012 Tydskrif vir die Suid-Afrikaanse Reg/Journal of South African Law 650-669.

“Reflections on the sine causa requirement and the condictiones in South African law” (2009) 20 Stellenbosch Law Review 468-493.