Sorry there was an error sending your form.
Giving to RU
Rhodes>Law>People>Academic Staff>Professor Helen Kruuse

Attorney of the High Court of South Africa 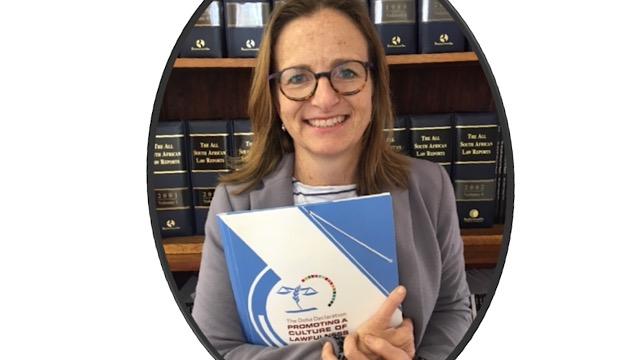 Helen Kruuse lectures in family law, legal ethics, legal skills and jurisprudence. Helen’s research interests lie in legal ethics and family law, with a particular interest in customary law marriages. Her experiences include articles in East London at the firm Bate, Chubb and Dickson; two years in legal services at the London Borough of Brent; and teaching in the Department of Private Law, University of Cape Town as well as the Department of Public Law and Jurisprudence, University of the Western Cape. She is an editor of the South African Law Journal and sits on the board of the International Association of Legal Ethics.

‘You reap what you sow: Regulating marriages and intimate partnerships in a diverse, post-apartheid society’ in B Atkin (ed) International Annual Survey of Family Law (2013) Jordan.

‘Mental illness, physical disability, the influence of alcohol and drugs on legal capacity’ in A Skelton (ed) The Law of Persons in South Africa, Oxford University Press (2011).

‘The state’s role in the regulation and provision of legal services in South Africa and the United States: Supporting, nudging or interfering?’ (2018) 42 Fordham International Law Journal 373 (co-authored with Philip Genty).

‘The thin edge of the wedge: ukuthwala, alienation and consent’ (2017) 33 South African Journal on Human Rights 25 (co-authored with Lea Mwambene).

‘Unfulfilled promises? The implementation of the Recognition of Customary Marriages Act in South Africa’ (2015) 29 International Journal of Law, Policy and the Family 237 (co-authored with Lea Mwambene).

‘Form over function? The practical application of the Recognition of Customary Marriages Act 1998 in South Africa’ 2013 Acta Juridica 292 (co-authored with Lea Mwambene). This article is also featured as a chapter in the book Claassens, A and Smythe, D (eds) Marriage, Land and Custom: Essays on Law and Social Change in South Africa (2013) Juta: Cape Town (ISBN 9781485101529).

‘From the grave to the cradle: the possibility of postmortem gamete retrieval and reproduction in South Africa?’ South African Journal of Human Rights (2012) 28 SAJHR.

‘Here’s to you Mrs Robinson: Peculiarities and paragraph 29 determining the treatment of domestic partnerships’ (2009) 25 South African Journal of Human Rights

‘Fetal “rights”? The need for a unified approach to the fetus in the context of feticide’ (2009) 72 THRHR