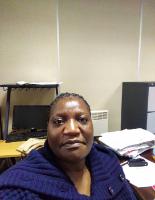 PhD thesis title: Seeing diplomatic relations through diplomatic constellations: An analysis of the positioning of Zimbabwe and the United Kingdom in Zimbabwean news articles.

My study draws on Legitimation Code Theory (LCT) and Systemic Functional Linguistics (SFL) to investigate the language of Zimbabwean news articles concerning diplomatic relations between Zimbabwe and the United Kingdom (UK). The thesis examines how language is used as a vehicle to build citizens’ knowledge of diplomatic relations. It focuses on media reporting from 2015-2019, which covers parts of both Robert Mugabe and Emmerson Mnangagwa’s presidencies. Selected news articles from The Herald and The Standard form form the data to be analysed using the three sub-systems of the Appraisal framework, namely Attitude, Engagement and Graduation, as well as the concepts of individuation, alignment and affiliation from SFL. The use of the Appraisal framework in diplomatic discourse helps to examine the linguistic resources used by the state-owned Herald and privately-owned Standard to describe the positioning of the two countries in relation to each other.  Analysing the underlying principles behind the positioning of the two countries forms the basis to compare the knowledge reproduced in The Herald from that reproduced in The Standard using language. The main theoretical contribution of the study lies in its effort to show how SFL and LCT can be USED as complementary theories for understanding the relationship between language and knowledge-building in the context of news reporting about diplomatic relations.