Friday, 8th March was a very special day at Rhodes University, when nine former members of Hobson House returned to campus for a 50-year homecoming reunion.  Organiser Yvonne Reynolds managed to entice two of the attendees, Sally MacEachern and Anne Summers, to fly all the way from the UK to attend this extraordinary day. 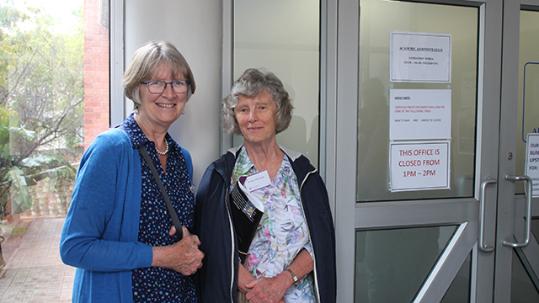 The morning was spent at Hobson House reminiscing and exchanging information with the current Warden and Hall Warden, Fortunate Gunzo and Tracey Chambers.  Honorary Life Fellow of Hobson Hall, Emeritus Associate Professor Bev Wilson, who was also the previous Warden of Dingemans Residence from 1974 to 1981, was on hand to meet our Alumni. After a tour of the Dining Hall, stories about the ‘old days’ started coming out. How, in 1969, they used to eat in the Common Room, wear their compulsory undegraduate gowns, and only had one choice of menu item. The current system at the Dining Halls have multiple menu choices, they use a finger print system, and casual wear is allowed – all of which impressed our alumni. After briefly going over the current rules of the Residence system, one alumni exclaimed that “no male guests were allowed to visit the residence at night in 1969!”

Fortunate had photo albums from 1967 onwards, and time was spent going through them reflecting on memories. 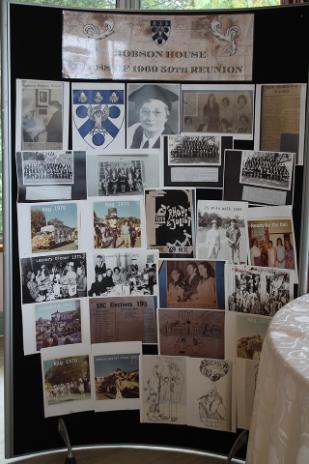 Deputy Vice-Chancellor; Academic & Student Affairs Dr Chrissie Boughey hosted the Luncheon and delivered a brief update about some of the issues central to  Rhodes University. She emphasised that Rhode University’s Graduates are still held in high esteem due to the academic excellence that our University consistently maintains. One of our special attendees at the Luncheon was Mrs Shirley Gadd, who is the daughter of the late Dr Sam Hobson after whom the residence was named.  Mrs Gadd was Hobson Hall Warden from 1974 to 1988. 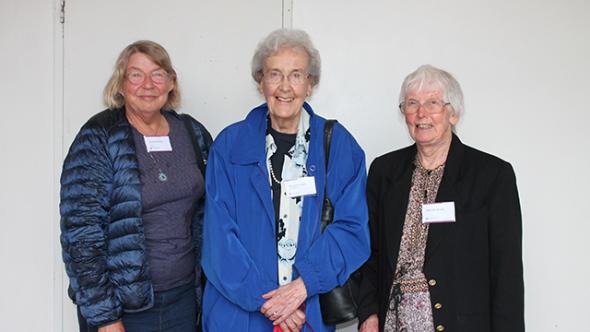 After lunch, the special guests proceeded to the Library and were taken on a tour by Librarian Fiona Charlton.  The guests were amazed at the ‘new’ Library, which had changed significantly since 1969, given the technological changes that have taken place in the last 50 years.  The Library aspires to visionary leadership, and the continual stream of students entering was proof that Library use is an important part of academia.

Our Alumni brought the rain to Grahamstown, so to speak, as the day ended up being one of the wettest we have had in ages. The afternoon ended with a brief tour of campus from the dry safety of the minibus.

In 1969 there were only just under 2000 students at Rhodes University, compared to the approximate eight thousand students that are currently registered, which clearly demonstrates the amount of growth the University has experienced.  The final vote from the Hobson House Class of 1969 was that Rhodes University was still as brilliant as ever and the reputation of ‘where leaders learn’ truly embodies the ethos of the institution.

We thank the Hobson House Class of 1969 for taking the time to travel from all over South Africa and the UK, to attend this memorable day.