Johannesburg - Former chief justice Pius Langa has died. He was 74.

In a statement, his family said: "The former Chief Justice of South Africa, Justice Pius Langa, died this morning at the Milpark Hospital, Johannesburg."

His brother Mandla said Langa had been in hospital for about a month due to a long illness.

He retired in 2009 and went on to chair the Press Freedom Commission, which looked into the regulation of the print media in South Africa. 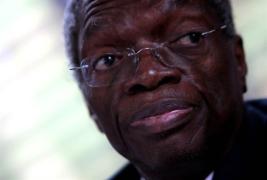