Cricket SA (CSA) said on Tuesday it had heard with sadness of the passing of Colin Bland in London at the age of 80 after a long battle against colon cancer.

Bulawayo-born Bland represented South Africa in 21 Test matches against New Zealand, Australia and England between 1961 and 1966 and was a pivotal member of a group of young players alongside the likes of Eddie Barlow, Denis Lindsay, Graeme and Peter Pollock who produced a dynamic brand of attacking cricket. 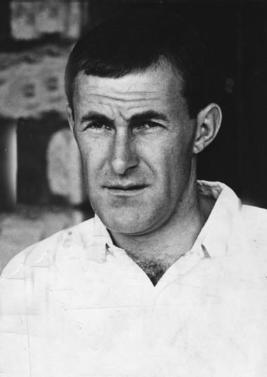 He had an outstanding batting average of 49.08 with all three his centuries being important ones in the match and series context. A big man he was renowned for his powerful driving and particularly his willingness to loft the ball straight back over the bowler’s head.

But it was as a fielder that he made his biggest impact with his ability to pick up and throw almost in one movement, at times throwing down the stumps from deep in the outfield.

His run out of Ken Barrington in the 1965 Test at Lord’s not only changed the course of that match but of the entire series which the South Africans went on to win.

Such was the impact that he had on the fielding discipline that Colin Cowdrey asked him to give a fielding clinic at Canterbury after the South Africans had won their three-match there in two days and it attracted a capacity audience.

The Wisden Almanack named him as one of its Cricketers of the Year in its 1966 edition.

His career was cut short when he suffered a bad knee injury in attempting to save a boundary during the first Test of the 1966/67 home series against Australia.

“On behalf of the CSA family I extend our deepest condolences to his family, his friends and his many cricketing colleagues,”said CSA Acting Chief Executive Thabang Moroe. – African News Agency (ANA)