Meropa is mourning the death of Mrs Di Sutherland, one of the legends of South Africa’s events industry and a long-term Meropa staff member.

Di passed away on Tuesday, 12th April 2016, after a long and relentless battle with cancer. She leaves her husband, Terry, and daughters, Sarah and Liza; and is sadly mourned by the Meropa family. 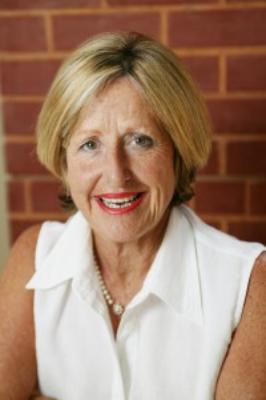 Di spent her entire working life at Meropa and its antecedents – joining the late Aubrey Sussens as his personal assistant in 1974 even before she and Terry were married.

She rose through the Group Editors ranks and discovered her passion and incredible skill at running events – delivering literally thousands of signature events. They ranged from massive Presidential events for thousands of guests to intimate cocktail parties and bespoke weddings.

A Di Sutherland event was impeccably conceptualised and delivered with minute attention to detail.

Di was one of four finalists, and the only one from Africa, for an award by the International Special Events Society (ISES) of which she was a South African chair; in recognition of a 1996 event at Ressano Garcia in Mozambique to mark the opening of the Maputo Corridor. It was the first joint event between the two countries and was officiated by South Africa’s President Nelson Mandela and Mozambique’s President Joachim Chissano. More than 16 000 people attended the event including VVIP’s from both countries.

She went on to run six, successive national World Aids Day Events from 2001 at venues all around South Africa.

Her many, many clients attest to her creative strength, her impeccable eye for detail; and her absolutely flawless delivery.

Di lost her long and brave fight against cancer this week, surrounded by her family.

We send our condolences to her family and friends. We have lost an extraordinary person.