Rhodes University USA Trust Board Member, the Reverend Dr. Iain S. Maclean of Durbanville, South Africa, and Fincastle, VA, passed away on Friday, June 2nd at the age of 61. He was preceded in death by his parents, William M. Maclean, and Elizabeth Sutherland Maclean; and he is survived by his sisters Fiona Uys and Alison Maclean, as well as his two children Rachel and Duncan. Iain was born in 1956 to Scottish parents in Durbanville, South Africa. Despite initially pursuing degrees in archaeology, he joined the Presbyterian Ministry and graduated from the University of Cape Town in 1976, as well as from Rhodes University and the University of South Africa with degrees in Classical Languages. After serving as a military chaplain and youth minister, he came to the United States, where he received a Master's Degree in Theology from Princeton and a Doctorate in Theology from Harvard Divinity School. He served as a minister in Cape Town, Boston, New Hampshire, Fincastle, and at various other parishes in Virginia when they required him. Iain was also a scholar, authoring several books and teaching at Roanoke College and Washington and Lee University before holding the Professorship of Western Religions at James Madison University. The family invites friends and community members to remember Iain for his tireless commitment to others' well-being, his charity work with the International Red Cross and other organizations, and his dedication to his parishioners, whom he counseled and visited with regularity. Iain was also a proud naturalized U.S. Citizen, taking his oath of citizenship on September 17th, 2014. Iain was a collector of books who enjoyed literature, comedy, and spending time with friends. His wit and his jovial demeanor will be missed by all around him; and his impact on the lives of others is hard to overstate. 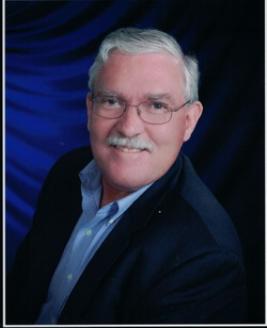