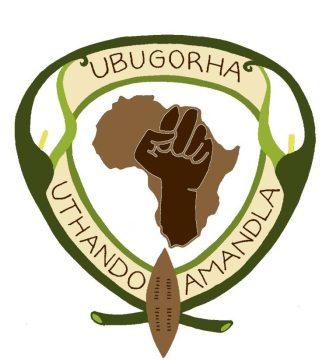 You strike a woman! You strike a rock! Sung by Women Activists during anti- pass demonstrations

The Lilian Ngoyi Hall Committee (LNHHC) have interpreted the basic ideas of heraldic design in an African context. A preliminary coat of arms was designed using traditional heraldic symbols and considered by the LNHHC. This committee felt that this Eurocentric design was inappropriate for a hall named after Lilian Ngoyi, comprising residences named after Victoria Mxenge, Ruth First and Joe Slovo Houses. The LNHHC carefully considered the design aspects of the South African coat of arms that does not use traditional heraldic symbols but conforms to traditional heraldic design. As a result the LNHHC decided that that following criteria were important considerations in the design of the Lilian Ngoyi Hall logo:

The design of the logo was developed and evolved during 2009 and 2010 based on research that was conducted, primarily at the Albany Museum, and discussed at length at numerous meetings.

It was decided that the design should include the words amandla (strength), uthando (love) and ubugorha (courage) as these form the foundation of the core principles of Lilian Ngoyi Hall. Careful consideration was made about the appropriate language used on the LNH logo. It was finally decided to use isiXhosa and not isiPendi, Lilian Ngoyi's home language, as Rhodes University is located in the Eastern Cape.

The design incorporates lilies to signify the Lilian part of Lilian Ngoyi Hall. The calla lily, Zantedeschia aethiopica, a species of lily native to African (South Africa, Swaziland and Lesotho) was chosen over the African lily, Agapanthus africanus, as the African lily was deemed to be to decorative and complicated for the Lilian Ngoyi Hall logo.

The students of Lilian Ngoyi Hall have taken careful note with regard the design of coats of arms or heraldic achievement. This particular logo design does not conform to the established, international, traditional rules with regards coats of arms and heraldry or the South African Heraldry act, no 18 of 1962, as amended.