Sorry there was an error sending your form.
Giving to RU
Rhodes>Lilian Ngoyi>Joe Slovo>History of Joe Slovo 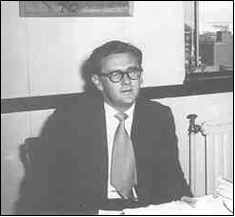 Born Yossel Mashel Slovo to Jewish parents in Lithuania in 1926, Joe Slovo came to South Africa in 1934 at the age of eight when his family emigrated to escape the anti-Semitism then rampant in Europe. They settled in Johannesburg, where his father worked as a van driver.

A keen athlete and debater whose favourite school subject was history, Slovo was greatly influenced by John O’Meara, a militant Irish teacher at Observatory Junior High School. After leaving school in 1941, Slovo worked as a dispatch clerk at South African Druggists, and became a shop-steward for National Union of Distributive Workers. In 1942, he joined the South African Communist Party, having decided to dedicate himself to gaining power for the people and removing the oppressive apartheid regime then ruling South Africa.

Inspired by Russian heroism in the Second World War, Slovo enlisted and fought for the Allies, later becoming active in the Springbok Legion. On returning from the war, he completed a BA LLB at the University of the Witwatersrand. He married Ruth First, anti-apartheid activist, journalist, and daughter of SACP founding member Julius First, in 1949; they had three daughters Shawn, Gillian and Robyn. Politically active while still a student, Slovo was involved in the civil disobedience campaigns of the 1950s, becoming a founding member of the Congress of Democrats in 1953. Banned as a communist in 1954 (alongside Ruth First) under the Suppression of Communism Act of 1954, Slovo could not attend the drawing-up of the Freedom Charter by the Congress Alliance; instead, he watched the proceedings with binoculars from a nearby rooftop.

Arrested and detained for two months during the Treason Trial of 1956, Slovo was arrested and detained a second time during the State of Emergency that followed the Sharpeville Massacre in 1960. In 1961 he emerged as a leader of Umkhonto weSizwe, the military wing of the African National Congress. Slovo was forced into exile in 1963, first to the United Kingdom, where he completed an LLM at the London School of Economics. Ruth First joined him in exile after her own detention later in 1963. While in exile he continued his work for the SACP and ANC, moving to Mozambique in 1977 in order to establish an operational centre for the ANC. Two years after the death of Ruth First in 1982, South Africa and Mozambique signed the Nkomati Accord and Slovo was forced to leave Mozambique.
Slovo was an MK chief-of-staff, as well as a member of the SACP’s central committee. Furthermore he served on the ANC’s revolutionary council from 1969 to 1983. In 1986, he became general secretary of the SACP, the pressure of which duties led him to relinquish his MK post, although he retained his place on the ANC’s national executive and revolutionary council.

In 1989 the SACP adopted policies of negotiations and compromise to replace those of armed struggle they had adopted in 1962. The party thus committed itself to a multi-party post-apartheid democracy. Following the unbanning of the SACP and ANC in February 1990, Joe Slovo returned to South Africa to participate in “talks about talks” between the failing NP government and the ANC. Re-elected as SACP secretary general and to the ANC national executive committee in 1991, Slovo participated in the Convention for a Democratic South Africa and served in the working group concerned with constitutional principles and process. Following the first democratic elections in 1994, Slovo served as Minister of Housing and was concerned with the delivery of housing and services to the people by of the Rural Development Program.