Sorry there was an error sending your form.
Giving to RU
Rhodes>JMS>Research & Publications 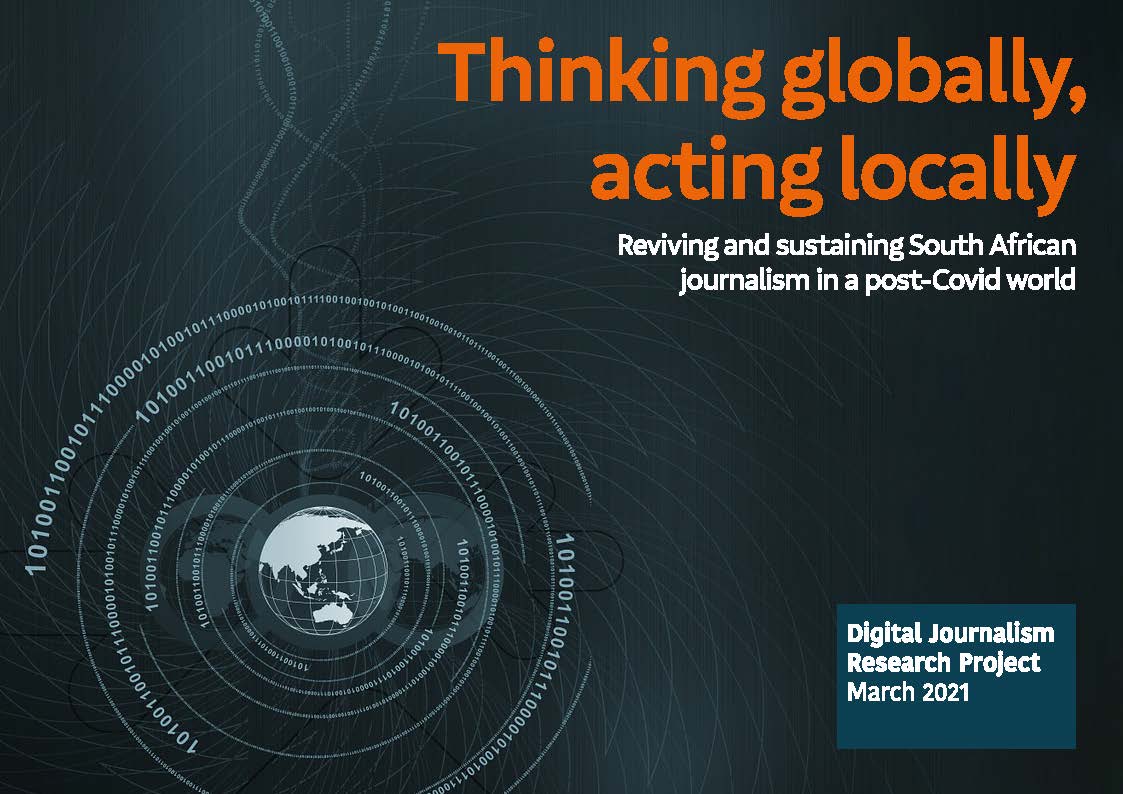 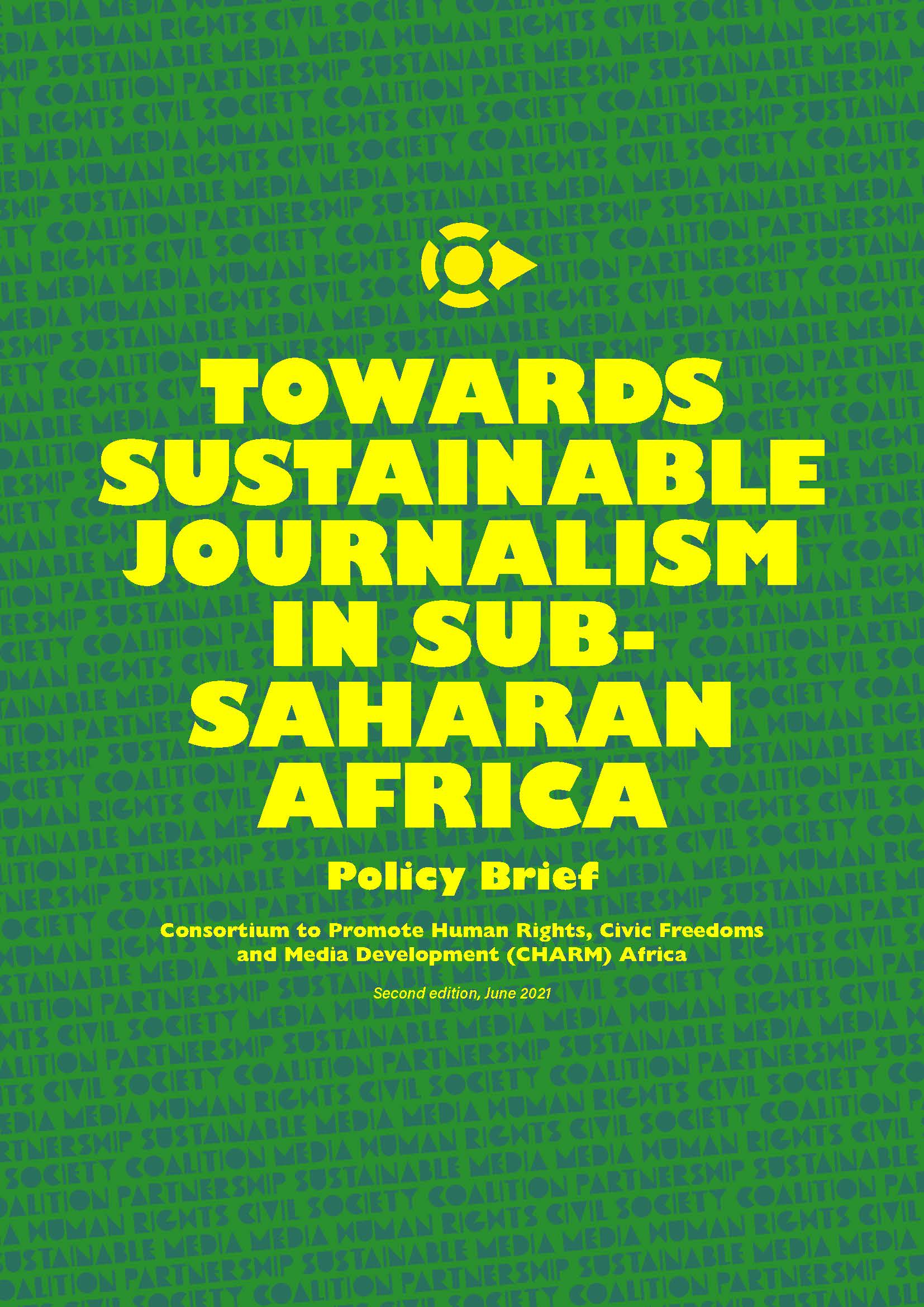 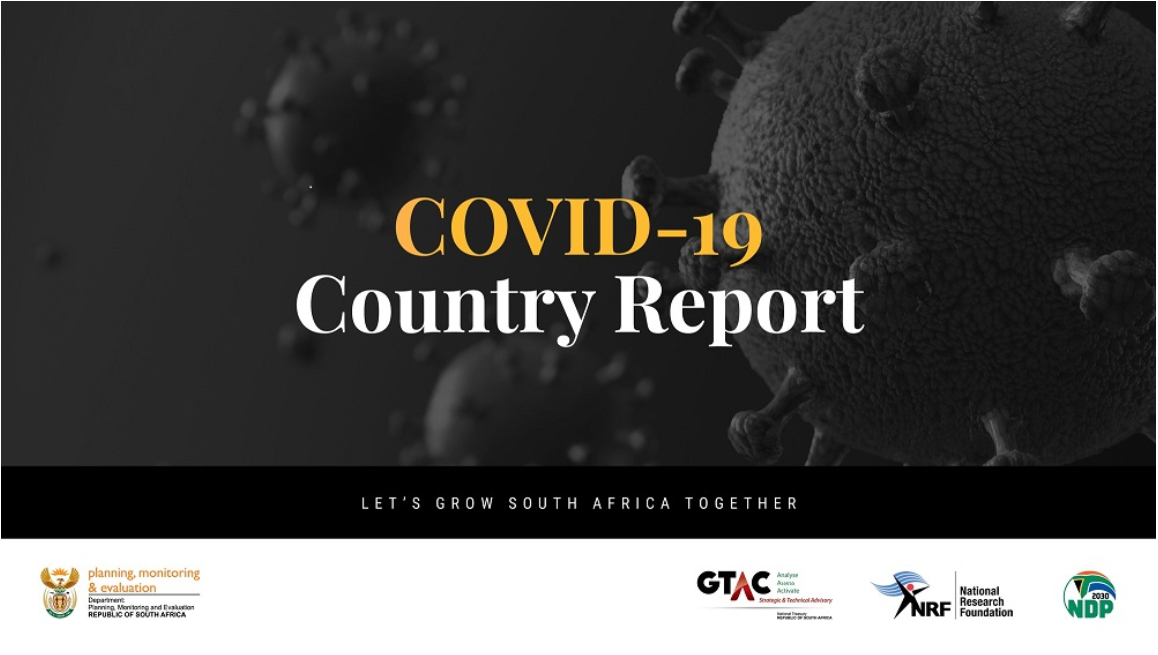 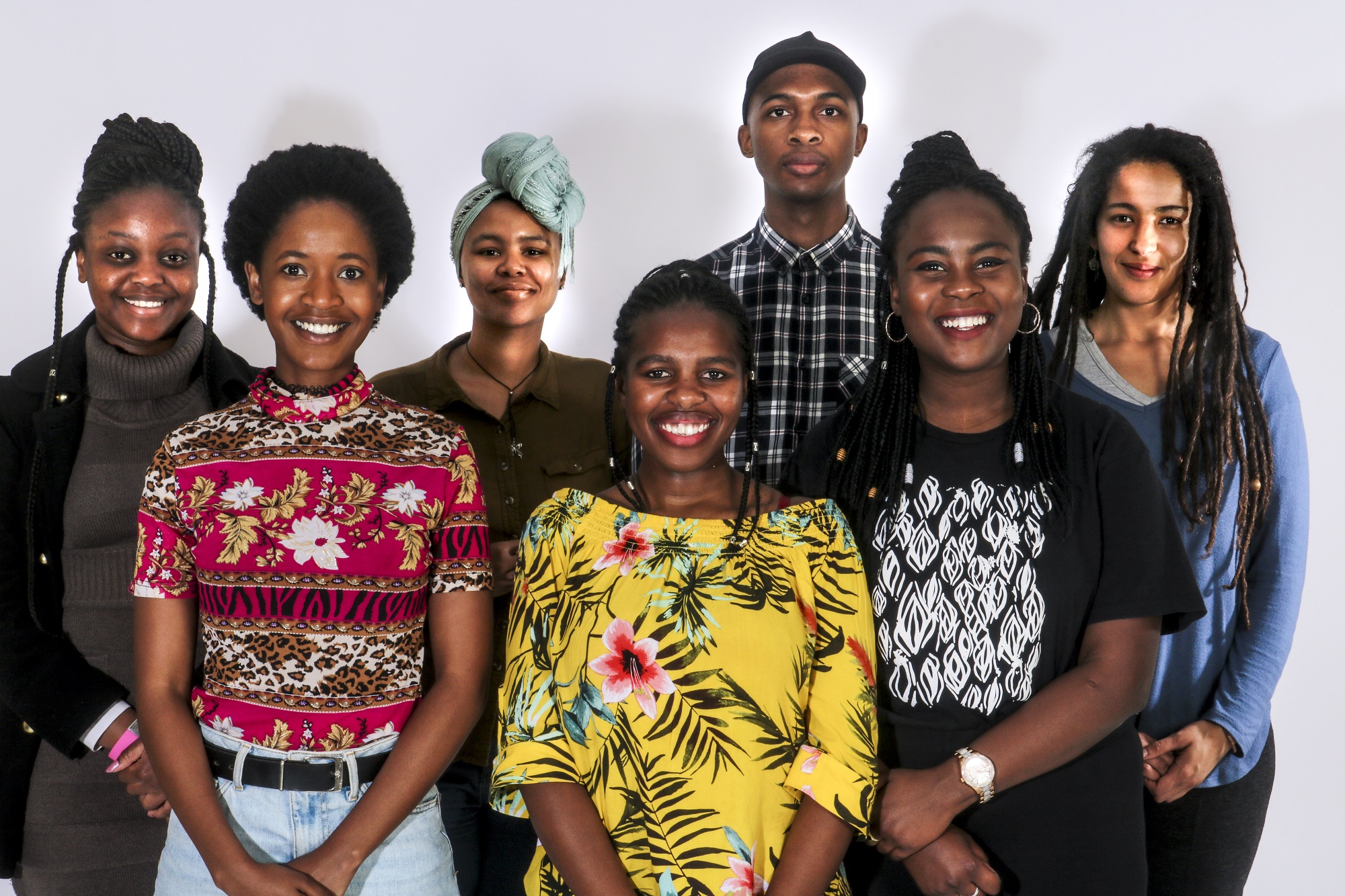 This research programme proposes to focus on the complex relationships between South Africa’s changing media environment and its changing political environment. The key question it is concerned with is the following: what kinds of sociality are constituted by different forms of media and how do these (forms of sociality) speak to issues of social belonging and calls for social change?

By sociality, we mean how people conceptualise themselves in relation to broader society. In particular, our programme is committed to probing historical ways of being and belonging, and how these were transformed through colonialism. We use the term ‘coloniality’ to refer to what might be regarded as the ‘aftermath’ of colonialism, the long-lasting patterns of power that emerge as a result/consequence of colonialism, and that shape culture, labour, intersubjective relations, and knowledge production well beyond the limits of the colonial administrations .

While new media forms are changing South Africa and the world, South Africans and people in the Global South are also reshaping the media in very particular and interesting ways. Increasingly, as neoliberal economies in the developing world allow their public infrastructure to unravel, everyone might learn from the Global South’s media models of how to survive in conditions of vast inequality, political patronymy, clientelism, and deregulation. Such media lessons extend beyond the concerns of journalism, to broader issues of media sustainability—which is understood both culturally and politically, as well as economically.

People in the Global South are shaping and transforming the media in ingenious ways.  It is these ingenious ways of challenging (European) modernity that Latin American scholars refer to as ‘transmodernity’.  As Maldonado-Torres writes: “Transmodernity is an invitation to think modernity/coloniality critically from different epistemic positions according to the manifold experiences of subjects who suffer different dimensions of the coloniality of Being” (2007: 19).

The internet, social media platforms, and digital technologies exemplify ‘the digital age’ as a marker of globalisation and (European) modernity.  This research project is directed towards enquiring how these technologies and forms of media practice are being taken up by colonial subjects, and probes the ways in which their uses of the media might promote decoloniality of being, power and knowledge, and so pave the way for a ‘transmodernity’ of the South.

The aims of the project are to probe the ways in which digitial and social forms of communication, knowledge-making, and archiving are being used in this new iteration of an ongoing struggle for full personhood, recognition and inclusion. The programme will explore the ways in which the digital and social media are being taken up by the ‘wretched’ of South Africa in their processes of forging new socialities, new social relationships, new knowledges, and new forms of political association as ways of challenging and transforming coloniality: of being, knowledge and power.

Licence to Talk (funded by the National Research Foundation) 2019-2021

South Africa is going through a moment of powerful political rupture. This rupture is not so much with the apartheid or colonial past (despite the Fallist movements’ calls for “decolonisation”), as with the immediate democratic past which has failed to deliver on its promises of equality of all and with its own lack of credible rupture with the apartheid past. While this most recent battle has been played out on the university campuses of the country (and continues to be waged by protesters on the streets), it could be argued that the public domain is as serious and important a site of struggle for agenda-setting and new ways of knowing and talking.

This study has two focuses: Firstly to ascertain the shifts and ruptures in what is said and what is sayable in the South African public sphere at this present moment in our post-apartheid history. To discern underlying regimes of truth and assess how these are being challenged and changed by a new generation of activists and intellectuals who are stepping into the public domain. Secondly, the study seeks to assess whether listening theory offers new practices for those conducting public debates, discussions and engagements, whether they be face to face encounters, via the media or on social media.

In essence this is a study of the South African public sphere conducted against the backdrop of disaffection and insurgency against the ANC-controlled South African state (see Brown 2015 for just one of the analysts who has been documenting a steady uprising in poor communities against the ANC in power). It is also a study that is strongly interested in how young South Africans (poor and middle-class) behave politically, how they understand and make their place in a democracy which is hampered by its economic commitments and alignments with “predatory” economic globalisation (Gaonkar’s term 2002: 3) so that it cannot fulfil its promises to deliver decent living conditions, education and jobs. It is also strongly concerned with the use of new forms of media (digital and social) for purposes of information gaining, sharing and seizing of the news agenda. The study has a powerful interest in how digital and social forms of media are being used in this new struggle for full human personhood and in the ongoing evolution of the South African public sphere from one that had a narrow range of participants and topics to one that prioritises the concerns and challenges of a wider society.

The study is also concerned with the vital need to make important theoretical ideas publicly available and to test in actual environments of public talk their efficacy. In recent years the new field of listening theory has been added to by a range of researchers who offer ways of rethinking our over reliance on the protection of speech and our devaluation of the value of listening (Bluma 2016, Couldry 2009, Crawford 2009, Dobson 2014, Dreher 2009, Eicher-Catt 2013, Lacey 2013, Lipari 2014, Ratcliffe 2000 and 1999, Tebbut 2009 and Wasserman 2013). So, the project also seeks to enter the public domain with its concerns and findings and to engage in conversations publicly about the shape and form of the public sphere. In line with Essop’s report to the Mellon Foundation (2015) which stressed the need for “reimagin(ing) the relationship between Arts Humanities and Social Sciences and the public-at-large” (2015: 11), the project will seek out and create spaces for public engagement. It will seek also to work with those who have regularly convene such spaces (either physically or via media) to see if alternate ways of hosting and convening And in this way add to the attempts being made in South African universities to stimulate and input into important public events, debates, ideas and public theorisation.

The rapid growth of the World Wide Web since the early 1990s, the genesis and growing ubiquity of online social media from 2004 onwards, and the proliferation of smarter mobile phones and tablet computers since 2009, have combined to induce an existential crisis for much ‘legacy’ media. The news media is arguably the most profoundly affected by digital disruption. This is a crisis of both form and content, and of revenue and business models. This in turn has wider implications for the normative roles of journalism in civic and social life globally and for the emerging democratic order in South Africa.  The Digital Journalism Research Project focuses on research (and supervision of Masters and PhDs) in four areas:

A significant body of evidence points to a strong relationship between those who are economically, socially and/or politically marginalised, and those who are marginalised in their access to, and use of, ICTs. The main purpose of this report is to explore and understand the role of the mobile phone in the lives of the less connected in South Africa. The less connected, as identified for this report are those who, if they use the Internet at all, use it mainly or only on their mobile phones; whose home languages are under-represented online; and who largely depend on mobile operator networks for their connectivity, since they do not have fixed-line connections at home.

Research sought to explore what kind of experiences of being connected these people have, and what role the mobile phone plays in their everyday lives. To do this, the authors developed a new diary interview method to construct the mobile diaries of more than 80 people in three locations in urban and rural South Africa. The diaries are based on mobile activities on the day before the interviews of the users took place, or 'yesterday' – Izolo in isiXhosa and isiZulu, two of South Africa’s most commonly spoken indigenous languages. 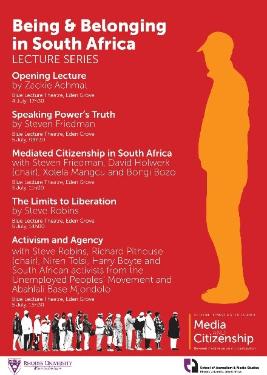 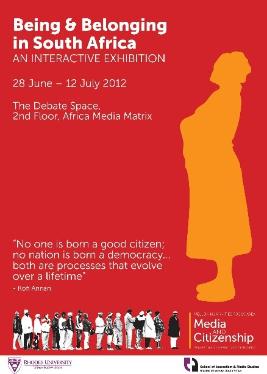 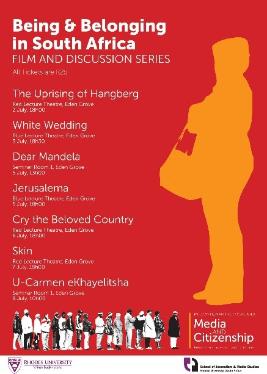 The project sought to establish, through empirical research, to what extent South African media across a wide variety of outlets and expressions facilitates democratic participation and voice in the public sphere, especially for the most marginalised of citizens. The project investigated how notions of media, citizenship and democracy are articulated in actually-existing social contexts and thus aimed to provide a better understanding of how media could contribute to the improvement of democratic participation. 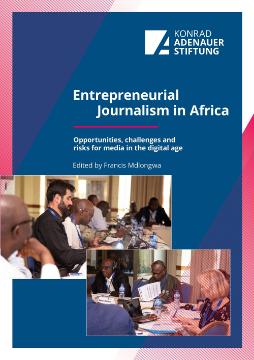 Entrepreneurial Journalism in Africa: Opportunities, challenges and risks for media in the digital age edited by Francis Mdlongwa (funded by the Konrad Adenauer Stiftung, 2019) 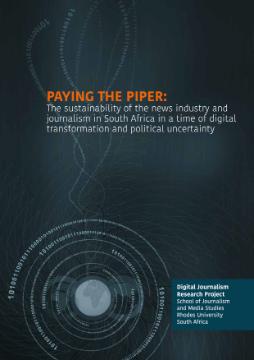 Paying the piper: The sustainability of the news industry and journalism in South Africa in a time of digital transformation and political uncertainty (funded by the Open Society Foundation, 2018) – Prof Harry Dugmore 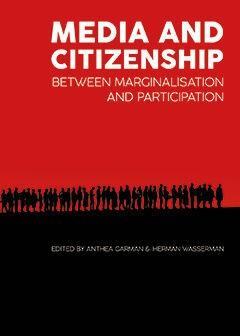 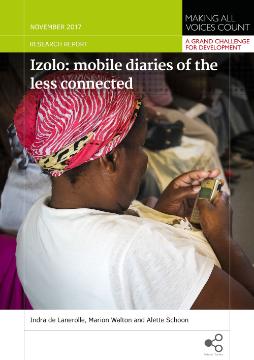