The prestigious Old Rhodian Awards recognise Old Rhodians who, through outstanding accomplishments in their professional or personal lives, have enhanced the reputation of the University.
An academic in the field of chemistry, a director of asset management, and a financial journalist and director of community banking, are this year’s outstanding Old Rhodians who, through their individual actions, have become respected role models for the Rhodes community and greater society. 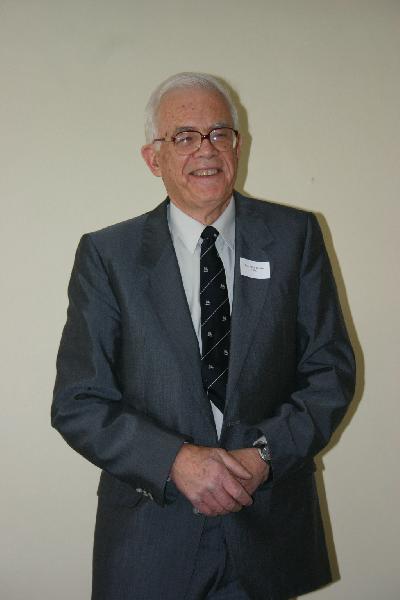 Professor Michael Ewart Brown started work as a junior lecturer at Rhodes University in 1962, where he worked his way up to Associate Professor and Professor of Physical Chemistry before filling the role of Emeritus Professor of Physical Chemistry since retirement in 2003. He was also Dean of Science (1986 to 1991), and Acting Dean of Research (1994).
His research interests lie in solid state chemistry in general and in the techniques and application of thermal analysis. He is co-author of a number of books on thermal analysis, and upon retirement had published some 114 academic papers.
Professor Brown was the recipient of the Mettler/NATAS International Award for Distinguished Contribution to Thermal Analysis in 1996. In 1998 he was awarded the Vice-Chancellor's Distinguished Senior Research Award and in 2000 he received the South African Chemical Institute's Gold Medal. He has also been a Visiting Research Fellow at Queen's University in Belfast (1971 and 1989), at Cavendish Laboratory at the University of Cambridge in the United Kingdom (1980) and at ICI Explosives in Scotland in 1989.
In 2002 Professor Brown became the first South African to be selected as a Fellow of the North American Thermal Analysis Society (NATAS) "in recognition of his distinguished scientific achievements as well as outstanding scholarship in the field of thermal analysis".
He also became the first Rhodes scientist to be A-rated by the National Research Foundation (NRF). To mark the productive collaboration, which began in 1971, between Professor Brown and Dr Andrew Galway of Queen's University in Belfast, a special issue (volume 388) of the international journal Thermochimica Acta was published in 2000. Professor Brown still serves on the Editorial Board of this journal.
Although he officially retired in 2003, he continues to teach in the department, write research papers and edit international research journals. Over the past year Professor Brown has mentored a student, who is completing his PhD in physical chemistry and is a potential candidate to fill a lecturing position in 2010. Professor Brown remains a source of inspiration, wisdom and support for both staff and students. 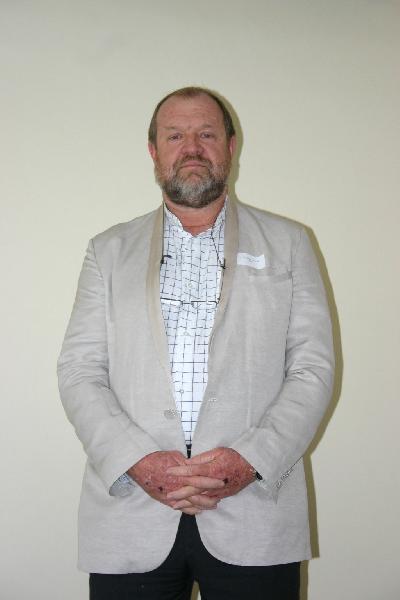 After finishing his B.Com (Accounting) at Rhodes University in the early 1970s, David Foord completed his articles at Arthur Young & Co (CT) and Ernst and Whinney and became a fully fledged chartered accountant.
He began working as an investment analyst at Old Mutual, rising to the post of investment manager. In 1981 he started his own company, Foord & Meintjies, which later became known as Foord Asset Management, one of South Africa’s top investment houses.
In 2007 Foord Asset Management had close on R18 billion under management, and the company has recently recorded the highest growth in investments over the longer term. Foord Unit Trusts was awarded the Best Smaller Group Award for the period ended December 2006. In 2004, Nedbank outsourced the management of the Nedbank Value Fund to Foord Asset Management.
Mr Foord made a substantial investment in tertiary education through his sponsorship of the Foord Chair in Investments in the Department of Economics at Rhodes In 2007. The Chair enables the department to boost its teaching and research into investments and the financial markets generally, which are acknowledged as being critical for the overall growth and success of the South African economy.
As far back as 1997, Mr Foord envisaged that financial and human capital should be brought to the table to ensure transfer of skills to previously disadvantaged communities. Another laudable aim of the Foord Chair, within the context of the developing economy of South Africa and more specifically of the Eastern Cape, is to foster a greater broad-based community awareness of the role of savings and investments in personal and community well being.
As an example of a businessman who, in the spirit of entrepreneurship, has been able to take a calculated risk and see it through to success, Mr Foord is a fitting role model for today's Economic and Commerce students, and will continue to be so for generations of students to come. 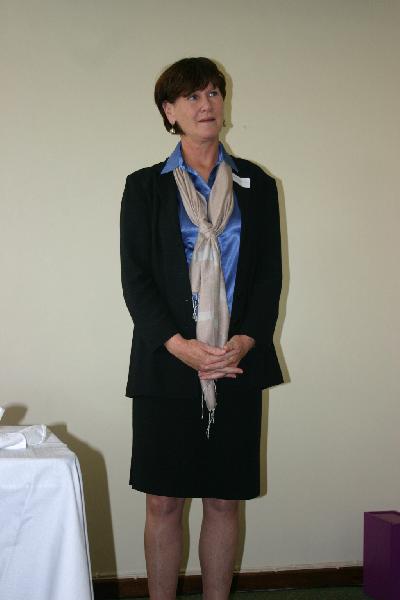 Caroline Southey graduated from Rhodes University in 1979, with a BA in Journalism and Politics. She began her career as a sub-editor at the Pretoria News, and then worked as Labour Correspondent for the Financial Mail. However, she found herself in contravention of the stringently applied laws of the apartheid government of the day by falling in love with Brian Scheepers, her husband of 22 years and a man designated as Coloured. As a result, she went into exile in the United Kingdom less than two years after completing her studies.
In London she rose through the ranks of journalists to become World Desk Editor at the prestigious Financial Times. Leading a team of 25 editors, she oversaw the production of eight pages of international news a day and was instrumental in the Financial Times becoming a leading player in news coverage. She also continued supporting international anti-apartheid campaigns and working with Agenda Press Services, which produced and distributed written material on the African National Congress for publication in Britain.
After the start of democratic government in South Africa, she returned to her home country in 1997, describing it as “a faintly familiar foreign country”. Here she became the first female Deputy Editor of the Financial Mail, and then, later, the first ever female Editor.
In 2005, after the death of her husband, she stepped down to become deputy editor of the Financial Mail, enabling a black candidate to rise to the premier position in South African business journalism. Ms Southey is currently employed as Director of Community Banking for Standard Bank South Africa, working to extend financial services into less privileged markets currently under-served by the formal banking sector.
Ms Southey was also involved in the setting up of the Johncom/Pearson financial journalism training programme, successfully establishing the first in-house training programme for economic journalists with the aim of increasing the number of black journalists in this field. She has also contributed a journalism scholarship at Rhodes in her husband’s name.
Largely through Ms Southey's support, Rhodes was able to secure the Pearson Chair of Economics Journalism for eight years. In addition, Pearson contributed towards a seminar room in the Africa Media Matrix Building on the Rhodes University campus. Subsequently Ms Southey advised on developing the Centre for Economics Journalism at Rhodes as an expansion of the activities of the Pearson Chair. This initiative secured support of R5m in salary and scholarships from the South African Reserve Bank, and R2,5m from Standard Bank. Ms Southey has since 2003 also volunteered on the Rhodes Board of Governors.
A much-anticipated highlight of the Founders’ Day celebrations in August each year, the awards honour four Old Rhodians who have achieved excellence in their careers and who personify the attributes of social consciousness and leadership expected of a Rhodes University graduate or staff member.