At the Drostdy Hall Leavers Dinner on Wed 12 October many students were honoured for their achievements throughout the year. These included academic, leadership, sporting, as well as the Dean of Students Leadership award. 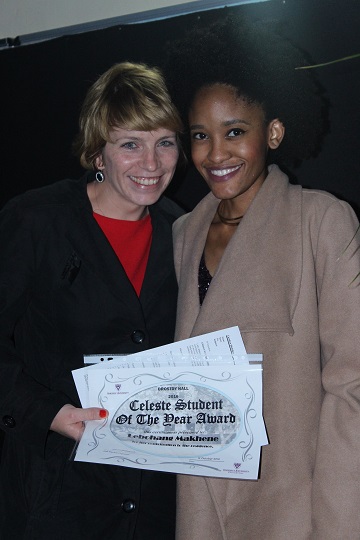 As there is no academic award for the postgrad students of Celeste House, there is the following award instead:  Celeste House Student of the Year Award was presented to Lebohang Makhene for her contribution to the residence.

Lebo Makhene gladly contributes to a compassionate residence atmosphere that is conducive to good scholarship and collegiality. She has been proactive in residence activities ranging from social events to taking on the house committee positions of Environmental and Community Engagement. She has devoted most of her Saturdays this year to volunteering at Drostdy’s ECD site, Noncedo Pre-school. She has also demonstrated selfless residence spirit through her participation and organisation of res events. 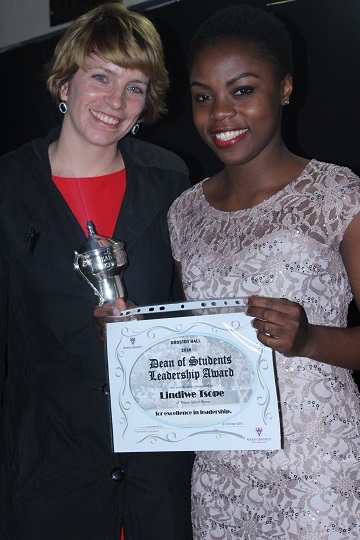 As the academic rep she implemented hall based initiatives to encourage studying such as various study venues across the hall to ensure that all needs were catered for. She organised an academic talk and has worked in collaboration with the hall senior student in organising other academically enriching events such as Hall debates.

She takes part in all events enthusiastically and brings creative ideas that she sees through to Hall Committee. This is a rare trait to see among students who often raise concerns but do not contribute to meaningful change. She has set an example through her academics and her caring nature and counselling skills.

Lindiwe served on the sub-warden committee panel as well as the warden selection and recruitment panel. She is always prepared to go the distance and was awarded an Investec Leadership Award for general excellence this year in recognition of her contributions as a leader of Rhodes University.

She has fulfilled all her duties in Drostdy Hall beyond expectations and has set an exemplary standard for other students to emulate, she is an excellent role model and a leader worth following.  Lindiwe is most deserving of the Dean of Students Leadership Award for 2016. 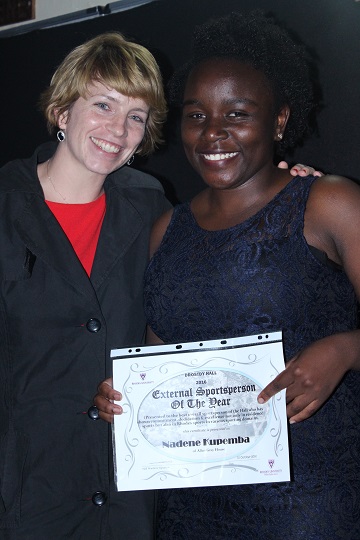 Nadene is the defender/sweeper for the Rhodes 1st Team Ladies Soccer and is the Vice-Captain, and she is the goalkeeper for the Rhodes 4th Team Hockey. Nadene represented Rhodes this year at Inter-Varsity and will be representing Rhodes at USSA in December. Nadene has qualified for the Regional soccer side and the Eastern Cape Provincial soccer team. 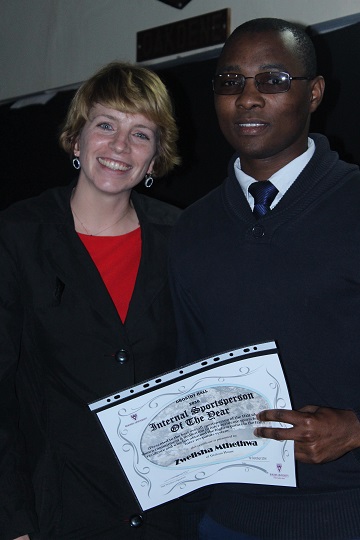 Zweli competed in Graham's Underwater Hockey team, he played doubles tennis with NK, he participated in the inter-res soccer tournament, he represented Graham House in the Makana Green Fun run alongside Josh. He was also part of the Graham Hockey squad. Most impressively, for the final event of the year, the around the block event, Zweli was the only one that signed up. Therefore, instead of dropping out because we never made a team of four, he decided to go and run all four laps, which is close to 4kms to ensure that he got Graham House a point and that he could represent us.

In the words of Max Mitchel, the sports rep of 2016, "Zweli's participation in sports is outstanding, he consistently adds value to the Graham House sporting environment and he ALWAYS wants to fill in where he can." 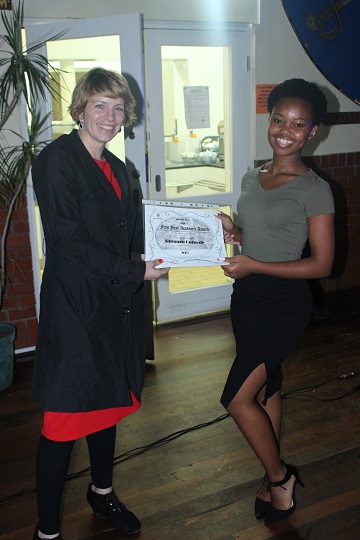 The First Year Academic Award was presented to Sinegugu Gumede of Allan Gray House, for achieving 85%. This award is presented to the first year student with the best overall academic performance from the mid-year examinations. 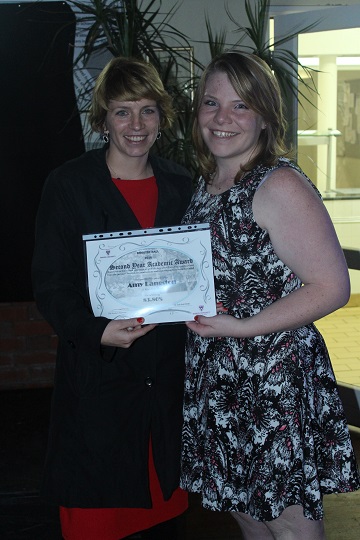 ‌The Second Year Academic Award was presented to Amy Langston of Allan Gray House, for achieving 83.86%. This award is presented to the second year student with the best overall academic performance from the previous November examinations and from the mid-year examinations. 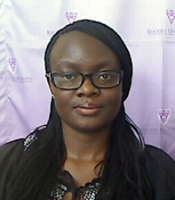 ‌Esther Chanakira of Allan Gray House was awarded the Third Year Academic Award, for achieving 80.20%.  Unfortunately she was not in attendance to receive her award. This award is presented to the third year student with the best overall academic performance from the previous November examinations and from the mid-year examinations. 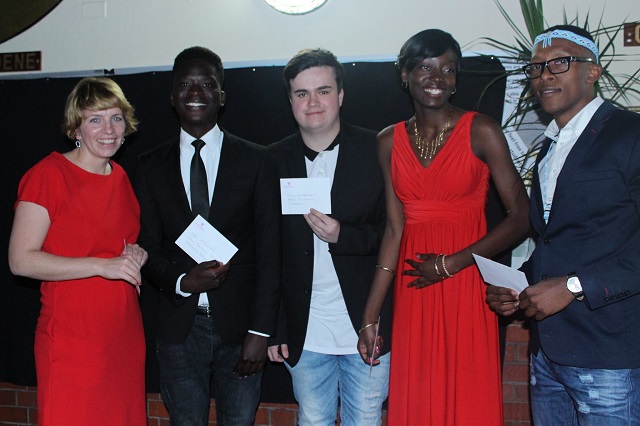 Saying thank you to the Hall Senior Student and Res Head Students.