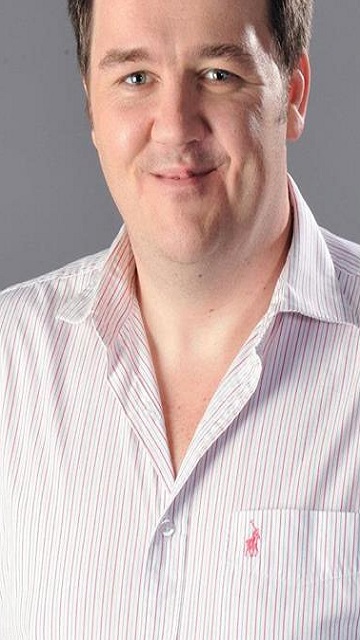 Evert Knoesen is a Senior Lecturer at Rhodes University Business School.  He is also the MBA programme co-cordinator and Academic Lead for Economics, Operations Management and Project Management.

He graduated with BA and BA Honours degrees from the University of Port Elizabeth and a Master of Business Administration degree from the Nelson Mandela Metropolitan University, where he is currently reading for his Doctor of Business Administration degree (Higher Education Economics). He completed a Certificate in Project Management (with distinction) from the Nelson Mandela Metropolitan University Business School.

He was previously the recipient of several scholarships, including from the Association of Commonwealth Universities, post-graduate merit scholarships and was the second ever recipient of the then University of Port Elizabeth Medal of Excellence.

Evert is very socially engaged.  He is past president of the Nelson Mandela Metropolitan University Business School Alumni Association, immediate past Vice-President of the Nelson Mandela Metropolitan University Alumni Association and Convocation where he served at different times on governance structures of that university, including the Institutional Forum and the Council.  Now at Rhodes University, he has continued his academic citizenship engagement and now serves on a number of Rhodes University governance structurers. These include the Board of the Union (NTEU), the Institutional Forum, the Budget and Planning Committee and the Honorary Degrees Committee.

He has previously served on the Advisory Board to the Minister of Defence on Employment Equity and Affirmative Action, the Film and Publications Board, the National Aids Council and the National Council of Amnesty International and Pride (Johannesburg) and Pride (Port Elizabeth).

Evert co-authored a chapter in the book HIV/Aids and the Law.  He was instrumental in the framing and drafting of key legislation, including the Sexual Offences Act, the Promotion of Equality and Prevention of Unfair Discrimination Act and the regulations to the Marriage Act, including the wording to the marriage formula.  He directed the project to present the evidence in respect of gross human rights violations against prisoners based on sexual orientation and gender identity at the Judicial Commission of Inquiry into Allegations of Corruption, Maladministration and Violence in the Department of Correctional Services (the Jali Commission). He has also acted as an expert witness in the High Court of South Africa in matters pertaining to gender identity and sexual orientation.

He was Project Manager at the National Coalition for Gay and Lesbian Equality and National Director of the Lesbian and Gay Equality Project.  He was previously listed in the international Who’s Who of Gay Intellectuals.  In 2013, he was part of a delegation received by HM Queen Elizabeth II, in her capacity as President of the Association of Commonwealth Universities, in recognition of his contributions to Higher Education in the Commonwealth.

Evert has an interest in classical and fine music and has produced 4 CD titles and 2 DVD titles by classical recording artists.  The production he staged (with featured artist Winand Grundling) at the Klein Karroo National Arts Festival in 2015 was awarded the Kanna Award for Best Classical Music Production.

His current research fields include public and higher education economics with his most recent paper, entitled Teaching Economics for Social Justice at Business Schools:  A Rhodes Business School Case Study being presented at the 11th International Business Conference in September 2017 (Dar es Salaam, Tanzania).  During November of 2017, Evert Knoesen was Visiting Professor at the Montpellier Business School in France where he taught modules on International Trade Economics and Gender in Africa.