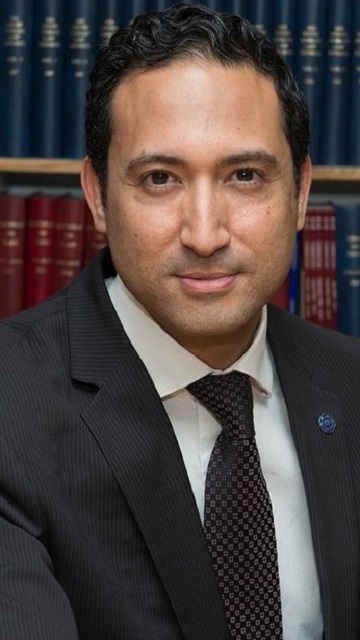 Shuaib Rahim was born in Port Elizabeth and matriculated at Lawson Brown.  He obtained his B.Juris at the University of Port Elizabeth.  He completed his LLB at the NMMU, being admitted in 2009 as an Advocate of the High Court. He was awarded his Master of Laws (LLM) in Corporate Law by the University of South Africa.  His research focus is corporate ethics and criminal liability.  He has published internationally on sexual orientation and has co-authored human rights training manuals.

Shuaib is an activist at heart.  He volunteered for the Human Rights Trust, working with the rehabilitation and reporting of abuse of persons in detention.  He was very active in student societies, receiving University Colours from the University of Port Elizabeth.

On the home front, Shuaib worked with the National Coalition for Gay and Lesbian Equality and the Lesbian and Gay Equality Project to assist with strategic litigation, legislative reform and policy development within the South African National Defence Force and the Secretary of Defence.

During the Jali Commission of Inquiry, Shuaib was part of the team that researched and presented evidence to the commission on human rights abuses in prisons in South Africa, particularly focussing on abuses against lesbian and gay prisoners.

He held the position of an elected office bearer of the Nelson Mandela University Alumni Association Executive Committee and was a Board Member responsible for Chapters. He was a member of the Rotary Club of Algoa Bay where he held office as Chair of Fundraising as well as the Chair of the Health Committee which coordinates Rotary National Health Day Programme.  This national project in partnership with the Department of Health runs over three days in all nine provinces simultaneously. This project is now being extended to several African countries and India at a cost of US $ 18 million.

Before moving to Grahamstown he lectured in the Department of Mercantile Law at the Nelson Mandela University.

Shuaib now holds the position of Senior Lecturer in the Faculty of Law at Rhodes University where he lectures subjects including the Law of Property and International Trade Law.  He serves as a Rhodes University Proctor, is a member of the Institutional Forum, the Executive Committee of the Faculty of Law, an Executive Member of NTEU (staff union), the Chairperson of the Visual Representation of Arts and Culture (VRAC) committee and regularly contributes to public education programmes, including on radio.