Lindiwe Tsope was  selected to be a part of the 2018 class of the Obama Foundation Leaders: Africa Program.  With nearly 10,000 applicants from across the continent, Lindiwe was one of the 200 chosen from 44 countries to join the Obama Foundation in the inaugural Leaders cohort.  This took place in Johannesburg, South Africa, from July 14-18, 2018.  The leaders were involved in a week-long intense leadership training programme with African leaders such as the late Kofi Annan, Graca Machel, Aliko Dangote, Mo Ibrahim, Thuli Madonsela and President Obama, to name a few. Lindiwe was chosen for her research on HIV/AIDS and her passion for the empowerment and education of women and children. 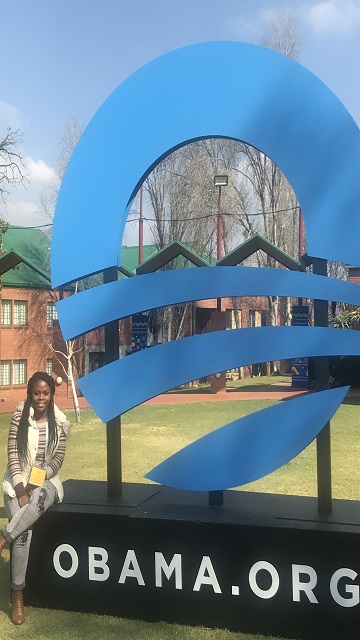